A complete guide to know every details and updates about the upcoming Jujutsu Kaisen 0 Movie. 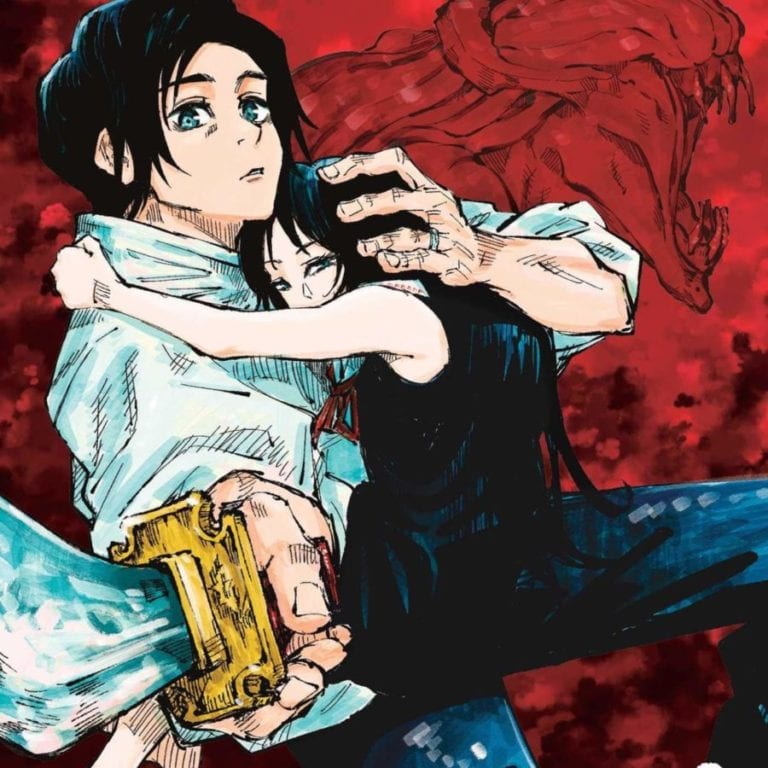 Rumours were already rife about a Jujutsu Kaisen movie being in the works. This happened as leaks on the internet stated that the domain “jujutsukaisen-movie.jp” domain was purchased.

Here’s everything you need to know about the Jujutsu Kaisen 0 movie!

The plot of the movie will revolve around Okkotsu Yuta, a nervous high school student, who has been cursed by his childhood friend Rika Orimoto.

The cursed spirit has clung on to him and just won’t leave him alone. As Rika, who is a special grade cursed spirit, begins to cause some serious problems, Gojo Satoru enters the picture and saves Yuta from a tough spot.

Yuta is enrolled into Jujutsu High where he learns to control the powers of the cursed spirit Rikka and use it according to his will, along with already known characters Maki Zen’in, Inumaki Toge, and Panda.

The prequel is set approximately one year before the plot of Jujutsu Kaisen. Yuta Okkotsu is playing an important role in the current arc that is going on in the Jujutsu Kaisen manga!

Jujutsu Kaisen will release a new special one-shot about Okkotsu Yuta focusing on the daily life of JJK 0’s protagonist in his first year at Tokyo Jujutsu High. This one-shot will appear in Weekly Shounen Jump Issue #2.

A new full 1minute trailer came our way showing off the duel between antagonist suguru geto and the Tokyo jujutsu school.

The official website released a trailer for the upcoming Jujutsu Kaisen movie along with the initial announcement.

The 30-second video doesn’t reveal any major details about the plot but gives a first look into characters who will play an important role in the movie.

An exclusive IMAX key visual is also available for the Jujutsu Kaisen 0 movie:

The official website released a brand new key visual on Oct. 27 featuring all the major characters in the upcoming movie.

An initial key visual was released to commemorate the movie announcement!

Because this new movie is tackling the Jujutsu Kaisen 0 prequel series, this will feature makeovers for the characters in Tokyo’s Jujutsu Tech school.

The latest character illustrations of the movie are as follows:

The character is key to the film’s story, and is the childhood friend of main character Yuta Okkotsu.

The two had promised to marry each other, but Rika passes away in a car accident and becomes a special grade vengeful cursed spirit. The character is seen below in her human and cursed spirit appearances.

The Jujutsu Kaisen 0 Movie version of the antagonist character Getou Suguru is unveiled. The “scars on the forehead” that existed during the TV anime series have disappeared, a mysterious visual with a provocative smile.

In the prequel, Gojo’s black eye mask which is predominant in the episodic anime version is replaced with white bandage-like clothing.

Furthermore, the 2nd year students also get a change in their feature, starting with Toge Inumaki.

In the original Jujutsu Kaisen 0 prequel manga released a few years before Jujutsu Kaisen began its official serialization (and back when it was known as Tokyo Metropolitan Curse Technical School).

It features a Toge Inumaki design that’s very close to Yuji Itadori’s design. In order to shift away from his first Yuji-like look ahead of the movie debut, Akutami provided supervision for the character’s hairstyle makeover.

But it’s only one of the small changes we’ll see.

Other classmates of the protagonist, first-year students Maki Zenin and Panda’s characters also received considerable changes in their designs.

While Maki is sporting round glasses (instead of her square ones) and she wears socks instead of leggings, Panda looks younger than his second-year design.

The Jujutsu Kaisen movie will be releasing this winter on Christmas eve, 24th December 2021.

Megumi Ogata will play the main character of the movie Yuta Okkotsu.

Kana Hanazawa will be voicing Rika Orimoto, Yuta’s childhood friend who appears alongside him in the teaser poster for the film.

The trailer video reveals and previews the theme song “Itto” (The Only Way) by King Gnu.

Studio MAPPA is confirmed to be animating the movie.

Written and Illustrated by Gege Akutami, Jujutsu Kaisen is a manga series that follows Yuji Itadori as he joins a secret society of Jujutsu Sorcerers to combat Curses.

It began serialization in Weekly Shonen Jump in 2018 and has been collected into fifteen tankobon volumes as of March 2021.

Jujutsu Kaisen Vol 0 was published a four-chapter monthly series in Jump GIGA from April to July 2017.

At the time of serialization, the prequel was known as Tokyo Metropolitan Curse Technical School. It was collected and released as a volume under the title Jujutsu Kaisen Vol 0 in December 2018.

This post will be updated as to when new information about the movie comes out. Stay tuned!