The movie will be screened in the original English dub featuring Nikhil Kapoor, Raell Padamsee and others. 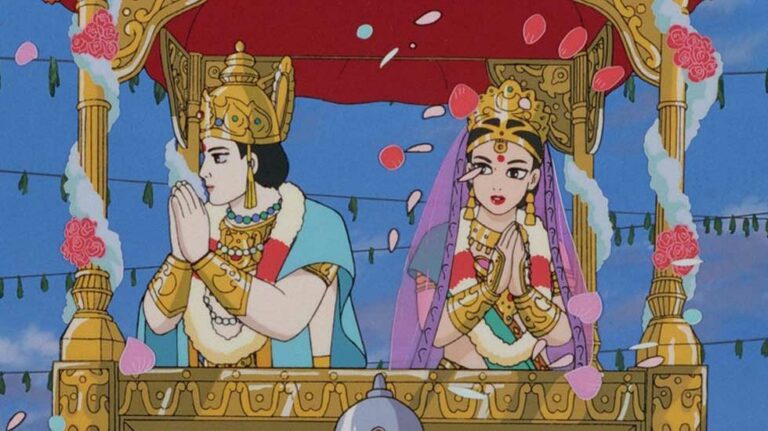 Japan Habba 2022 together with Animaniax announced on March 15, 2022, that they will be launching an in-person event for the first public screening of Ramayana: The Legend of Prince Rama 4K remaster anime movie on March 25 at the SRV Theatre, Bangalore.

The staff revealed that the projection technology used will be in 2K, and the movie will be screened in the original English dub featuring Nikhil Kapoor, Raell Padamsee and others.

The remastered version of the film launched on Feb 4, 2022, which is the 70th anniversary year of India-Japan diplomatic relations.

Previously, the official website of Ramayana anime, released a 4K trailer to commemorate the announcement of the remastered movie.

According to Mainichi Shimbun, despite the fact that the work was released in India in 1993, the political context around the Babri Masjid mosque, as well as concerns about anime as a serious medium, kept Ramayana from receiving the promotion and attention its creators had hoped for.

“We remastered the anime for Indian fans who have been wanting to see a better quality version, making it available for the next 2,000 years,” said Kenji Yoshii, an official at Tokyo company that owns the rights to the production.

The film was co-produced by Japan and India and it will be made available in theatres, TV channels, DVD/Blu-ray, and/or OTT service from 2022.

The license holder of the film TEM Co., Ltd., based in Tokyo has established new social media handles for the film and is accepting requests for broadcast and streaming rights. Many cinemas and broadcasters in Japan refused to screen the original, partly due to its 135-minute length.

A director at TEM Co, Atsushi Matsuo noted that the distributor now intends to establish a “Ramayana fund” from the revenues to contribute to “cultural exchange, world peace, and human peace” at a time when the worldwide community is in such economic and political upheaval.

Yugo Sako directed the film at Nippon Ramayana Film Co. and co-produced it alongside Krishna Shan. Vanraj Bhatia and Alan Howarth composed the music. Moriyasu Taniguchi designed the characters for the film. Satoshi Matsuoka was the art director and Kazuyuki Kobayashi was the animation director.