The following blog has major spoilers from chapter 55 of Boruto Manga. Read ahead at your own discretion!

Chapter 53 of Boruto: Naruto Next Generations has fans scratching their heads with Naruto and Kurama’s condition.

With the Baryon Mode stopping abruptly and Kurama not making an appearance in the chapter, fans were worried if the Nine-Tailed Fox is still alive.

And, chapter 55 of Boruto sealed the fate of this fan favourite bijuu from the series.

So, is Kurama dead?

As of chapter 55, Kurama is dead in Boruto. In a very emotional moment, the nine-tailed fox bid farewell to Naruto asking the latter to lead a long life.

From killing Naruto’s ‘ma and pa’ to sacrificing his life to save Naruto and the Hidden Leaf village, Kurama’s character has come a full circle.

It is certainly a gutting moment for fans of Naruto, for whom Kurama had become a fan favorite.

Kurama had lied to Naruto about the effects of Baryon Mode. The price for using this power was Kurama’s life, and not Naruto’s.

However, had Kurama mentioned this to him, he would have hesitated, or worse, refrained from using the Baryon mode, which would have put everyone’s life at risk.

The tailed beast realized this and lied to Naruto. Well, he did not outright lie to him. Kurama had mentioned that the price for Baryon mode would either be one or both of their lives.

Eventually, Kurama ended up expending all of his life force by using the Baryon Mode to stop Isshiki. There was nothing Naruto could do to prevent the tailed beast from dying.

While everyone speculated about Kurama’s potential sacrifice, it was still a bitter pill to swallow.

RELATED:
Are Naruto And Sasuke Nerfed In Boruto?

If Kurama is dead; how is Naruto alive?

Usually, when a Jinchuuriki’s bijuu dies or is extracted, the Jinchuuriki dies too. However, as Kurama explained in his dying moments, this does not apply to Naruto.

In Naruto’s case, the chakra of Kurama has simply vanished. He has not been extracted. This Naruto will be in a state of shock for some time and to others, he will look as if he is dead, but in reality, there is no threat to his life.

Moreover, Naruto has small portions of chakra of the other tailed beasts which he received from Hagoromo Otsutsuki, implying that he can survive this sudden death of his bijuu.

Will Kurama Come Back To Life?

Now, let’s get down to addressing the elephant in the room. We know for sure that Kurama is dead. But is there any possibility that we may see him again in Boruto?

We know that the Bijus are made out of chakra. Therefore they can also come back after “dying”; after their chakra rejuvenates in time.

The time that we mention here could be anywhere between 5 years to 20 years. Kurama telling Naruto that this MAY be their last conversation gives fans hopes that he might be back again soon.

However, note that Baryon mode feeds off of the life-force chakra of Kurama; not the chakra they use which is present in their surroundings as stated by Kurama himself.

So it remains to be seen if he is able to reincarnate.

Well, we personally want him back, so that Himawari gets to pet a baby Kurama soon!

RELATED:
Boruto: How Strong Is Sasuke Without Rinnegan? (2021)

What next after Kurama’s death?

As we said, Kurama’s death has gutted every Naruto fan. However, what purpose does it serve in the story? Was nerfing Naruto crucial to the plotline?

Actually, we think all of this sits well with the current plotline.

Borushiki has destroyed Sasuke’s Rinne Sharingan. Fighting a Sasuke with no Rinne Sharingan and a Naruto without Kyuubi won’t be hard for opponents in the future.

This nerfing of major characters would pave the way for the younger generation to be more powerful!

That said, Kurama’s death does hit hard. Do you think is it possible to bring him back or is Kishimoto planning something else? Also, how strong do you think will Naruto be without Kurama?

Comment your thoughts below and join us in mourning one of the most iconic characters in shounen history!! 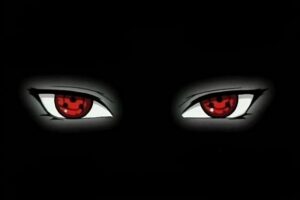 31 thoughts on “Is Kurama Dead? Will Kurama Come Back To Life In Boruto?”