They have been charged with suspicion of violating the Road Traffic Law. 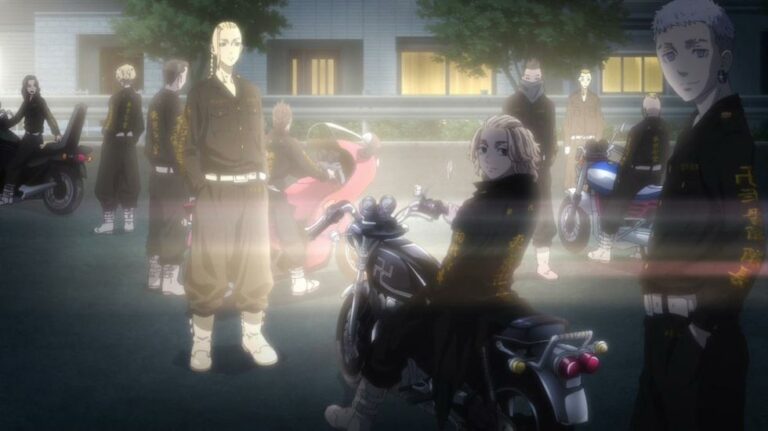 It was revealed on June 6, 2022, that a group of individuals who decided to go on a wild ride inspired by the delinquent gangs portrayed in the Tokyo Revengers anime, were in for a hard time as they were charged by the cops for breaking traffic rules.

A group of 31 individuals, aged between 16 to 20, had set out on a reckless drive on the National Highway 26 in Sakai City on June 6 last year. The group, which included both boys and girls, rode 19 motorcycles at 2:50 a.m. at night.

Their convoy stretched for about a kilometer across several lanes of the highway and they went ahead to break multiple red lights and commit other acts of reckless driving.

The individuals were later identified and arrested as revealed by the Osaka Prefectural Police on June 6, 2022. They have been charged with suspicion of violating the Road Traffic Law (joint dangerous acts, etc.).

The group, which mainly consisted high-school students, have admitted to the charges, with some of them explaining that they were influenced by the biker gangs (Tokyo Manji) in the Tokyo Revengers anime.

According to the police, the accused had organized the whole ride through social media groups and other such means before actually meeting up. The individuals will be presented before the Sakai Branch of the Osaka District Public Prosecutors Office.

Last year, a group of Tokyo Revengers cosplayers had found themselves in trouble during a photoshoot as the onlookers mistook them for real gang members and called the authorities on them.

Tokyo Revengers is a Japanese manga series written and illustrated by Ken Wakui. It has been serialized in Kodansha’s Weekly Shōnen Magazine since March 2017. An anime television series adaptation by Liden Films aired from April to September 2021.

A live-action film adaptation was released in Japan in July 2021.

In December 2021, the Tokyo Revengers franchise announced, that the anime will get a new adaptation that will cover the manga’s “Seiya Kessen” (Christmas Showdown) arc.