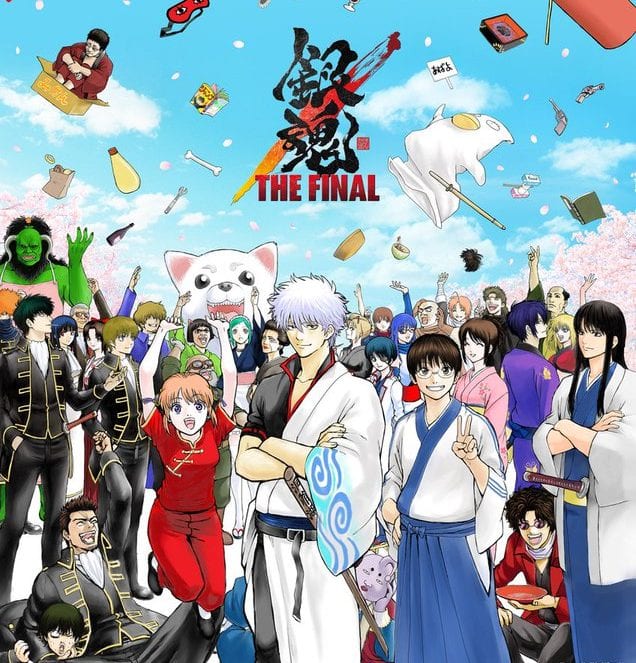 Hideaki Sorachi, the author of Gintama, had released three Demon Slayer : Kimetsu no Yaiba artwork drawn by him. Now he has released a complete poster with all the Nine Hashiras surrounding Tanjiro in a circular fashion. At the same time, he has released a Gintama poster as well. This poster depicted the Yorozuya Trio.

On the Demon Slayer poster, Hideaki wrote the message ” The Final Battle of The Hashira! Though most of them aren’t involved” as most of the Hashiras weren’t in the film Demon Slayer-Kimetsu no Yaiba- The Movie : Mugen Train.

The images are to be printed on a double-faced poster. The theatres will distribute these posters to the audience of Gintama: The Final movie on its fourth week, January 29. The viewers also received special cards with characters designed by Hideaki himself, during the film’s first week. Gintama: The Semi-Final, a title inspired by the series,a two-episode special prequel to the film, is still in production.