The official website of WIT studio’s Great Pretender anime has announced that the Case 4 of the series will be streamed on Netflix Japan from September 21st. 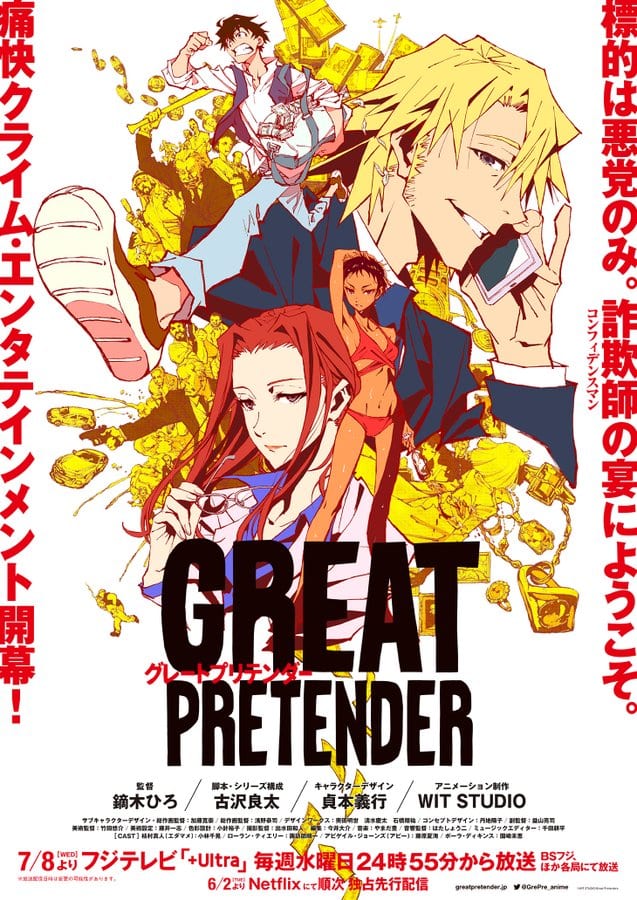 The official website of WIT studio’s Great Pretender anime has announced that the Case 4 of the series will be streamed on Netflix Japan from September 21st. The case will consist of episodes 15-23 and is titled “Wizard of Far East.”

The target in case 4 is the Suzaku Federation, whose boss Suzaku Akemi, uses the organisation for child trafficking. The con game will be focused on Shanghai and Tokyo. In addition to it, Laurent’s past is also slated to be a part of this arc, the announcment on the wesite said.

Meanwhile the first four cases of Great Pretender, which premiered on Netflix Japan in June, will be making its way to other countries, especially India and America on August 20.

The series is directed by Hiroshi Kaburagi and written by Ryota Kusawa. Yutaka Yamada is in charge of the music composition. Great Pretender has a theme of credit fraud and is a “happy and comedic drama” taking place between the world famous swindlers.

Great Pretender follows Edamame Masato who has styled himself as Japan’s greates swindler. Along with his partner he tries to trick a Frenchman, however, he ends up getting tricked instead. This frenchman is none other than Laurent Thierry- a much higher-level ‘confidence man,’ in control of the mafias. Edamura is yet to find out what fate awaits him, after having engaged in the Frenchman’s dirty jobs…!