Goodbye, Don Glees! & The House Of The Lost On The Cape Nominated For Annecy Film Festival 2022

The films will be screened in the Official Feature Films category at this year's event between June 13 to 18. 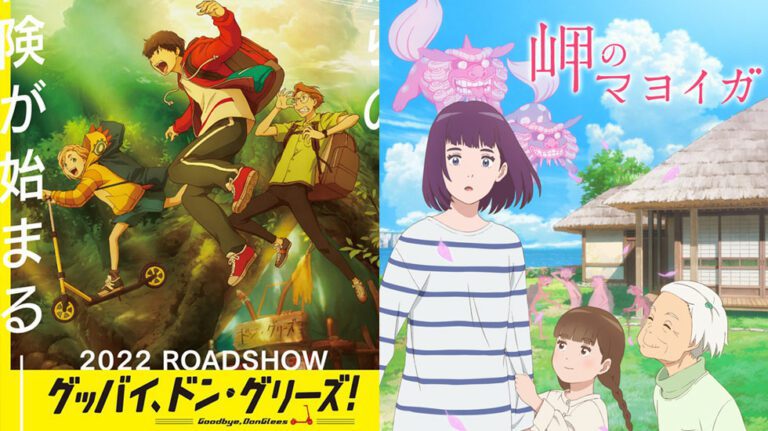 Among the 10 nominations announced on May 2, 2022, two Japanese animated feature films, Goodbye, Don Glees!, directed by Atsuko Ishizuka, and The House of the Lost on the Cape, directed by Shinya Kawatsura, have been nominated for The Annecy International Animation Film Festival 2022.

The films will be screened in the Official Feature Films category at this year’s event.

Goodbye, DonGlees!, based on director Ishizuka’s own screenplay, was released on Feb 18, 2022 in 217 Japanese cinemas. Takahiro Yoshimatsu designed the characters. Kadokawa is distributing the film.

The film is Ishizuka’s first venture into original anime. Ishizuka commented on the film’s setting in Iceland, noting that “after reaching Antarctica” in her previous animation A Place Further Than the Universe, she opened a map and looked for the opposite extreme.

The House of the Lost on the Cape (Misaki no Mayoiga), based on Sachiko Kashiwaba’s 2015 fantasy novel of the same name, was released in Japan on August 27, 2021. The animation was directed by Kawatsura at David Production, while the script was written by Reiko Yoshida. The film’s character design was handled by Kamogawa, and the music was composed by Yuri Miyauchi.

The Annecy International Animation Film Festival was created in 1960 and takes place at the beginning of June in the town of Annecy, France. Initially occurring every two years, the festival became an annual event in 1998. It is one of the four international animated film festivals sponsored by the International Animated Film Association.

The festival is a competition between animated films of various techniques (traditional, cut-outs, claymation, 3DCG, etc.) classified in various categories: