The federal prosecutors have accused a Vinath Oudomsine, from Dublin, Georgia of using more than two-thirds of his COVID-19 relief loan to pay for a Pokemon card.

He was charged with one count of wire fraud on Oct. 19, Tuesday after the government reported that he lied about how many employees he had and the revenue his business generated in an application for an Economic Injury Disaster Loan(EIDL), during the pandemic.

According to the charges filed in the Southern District of Georgia, Oudomsine submitted an application for an EIDL in July 2020 on behalf of a business he said has been in operation since 2018.

The application stated that his business had 10 employees and gross revenue of $235,000 over 12 months. As a result, prosecutors said, the Small Business Administration awarded Oudomsine an $85,000 loan on Aug. 4.

Instead, he spent the bulk of the loan amount—$57,789—on a single Pokémon card. The identity of this card, unfortunately, is unknown, but certain rare and valuable Pokemon cards can sell for thousands of dollars.

The Telegraph reports that defense lawyers issued a statement declining to talk about the case. 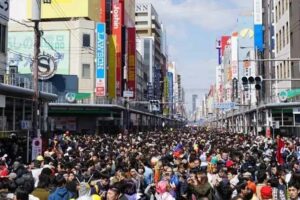