The award is given to those who have made outstanding achievements in each field of art or who have opened up a new face. 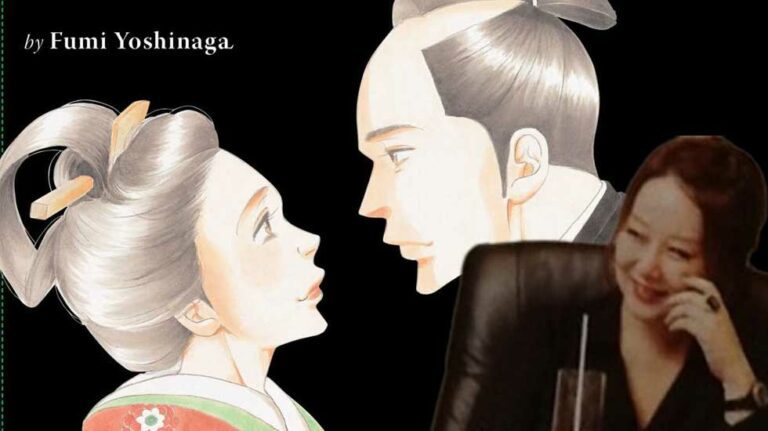 The Japanese government’s Agency for Cultural Affairs announced that Fumi Yoshinaga, creator of Ooku – The Inner Chambers has won the Newcomer Award in the media fine arts category of the 72nd “Minister of Education, Culture, Sports, Science, and Technology Fine Arts Recommendation Awards”.

The award is given to those who have made outstanding achievements in each field of art or who have opened up a new face.

According to the Agency, Yoshinaga won the award because her works, Ooku and What Did You Eat Yesterday? “sometimes sharply and sometimes gently ask questions about gender roles and play a part in promoting changes in fixed social values.”

Previously in February, Ooku was also chosen as the winner of the 42nd Japan Science Fiction Award.

According to the details revealed in the Science Fiction Awards’ Youtube channel, the work has been chosen because of its unique connection to the current pandemic world which matches the theme of the Grand prize category.

Fumi Yoshinaga is a Japanese manga artist known for her shōjo and shōnen-ai works. She debuted in 1994 with The Moon and the Sandals, serialized in Hanaoto magazine, but was previously a participant in comic markets.

Ōoku: The Inner Chambers was serialized in Hakusensha’s josei magazine Melody from June 2004 to December 2020, with its chapters collected in 19 tankōbon volumes. The manga is licensed in North America by Viz Media. It was adapted into two live-action films in 2010 and 2012, and a 10-episode Japanese television drama series in 2012.

Outside of her work with Japanese publishers, she also self-publishes original doujinshi on a regular basis, most notably for Antique Bakery. Yoshinaga has also drawn fan parodies of Slam Dunk, Rose of Versailles, and Legend of Galactic Heroes.