The festival will promote animation culture from Niigata to the world 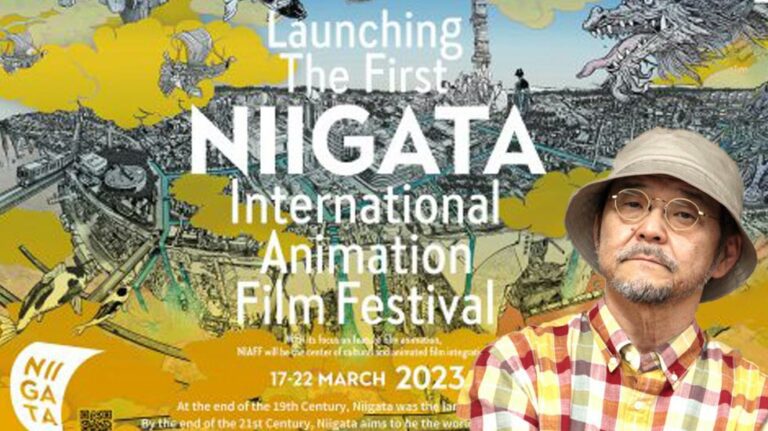 A new international film festival, titled the “Niigata International Animation Film Festival,” focusing on feature length commercial animation, will be held for the first time in the city of Niigata, between March 17 to March 22, 2023.

The announcement was made in a press conference made by the festival’s executive committee on May 23, 2022. It was also announced that director Mamoru Oshii would chair the jury and Shinichiro Inoue, a senior advisor to KADOKAWA will be the festival director.

The festival will promote animation culture from Niigata to the world.

Approximately 10-12 feature films (with length of 40 minutes or more) will be competing in this section. A total of 25-35 films, including the ones participating in the competition, are expected to be screened at the Niigata International Animation Film Festival.

The entries for the competition will be accepted from November 2022.

In addition to competitions and screenings specializing in feature-length commercial animation, the festival will consist of ani-song live performances, art events, seminars and symposiums on the animation industry. A total of 12,000 paid visitors are expected for the event.

The reason for holding the animation festival it in Niigata is that Niigata City, which has produced many famous manga artists and animation creators, has always played a leading role in human resource development and animation.

Furthermore, due to the number of vocational schools and professional universities, the number of students aspiring to be manga artists in Japan is the highest at 400.

Mr. Oshii, the chairman of the jury, said that despite many animation festivals existing, all of them are mainly art-related. He expressed his desire to make the Niigata International Animation Film Festival an enjoyable event that will attract many fans as an animation festival specializing in entertainment and not just art oriented.

Niigata Citizen’s Plaza and Kaishi Professional University are among the four sites where it will be screened.

The press conference on May 23 was held connecting the three cities of Niigata, Tokyo, and Cannes (France).