If Kazuya were this handsome, he never would need to rent-a girlfriend, a fan commented. 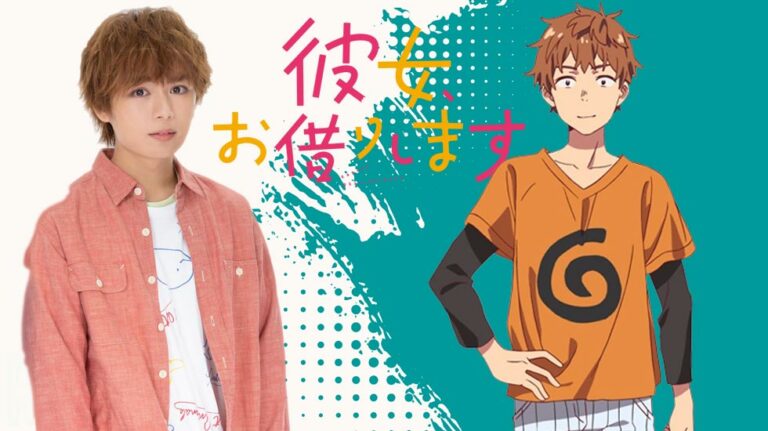 Naniwa Danshi idol group member Ryūsei Ōnishi, who plays Kazuya Kinoshita in the upcoming Rent-A-Girlfriend (Kanojo, Okarishimasu) live action adaptation, has come under criticism from the series’ fanbase as they believe he is ‘too handsome’ for the role.

In the original manga, Kazuya is a college student who doesn’t have an air of popularity around him. He can be described as a normal student who doesn’t stand out, at the best. However, Ōnishi is someone who has attracted a lot of attention as an idol and pretty popular.

Fans have pointed out that casting the idol will only seem like the live-action adaptation is mocking the original story. They were of the belief that if Kazuya was so handsome to begin with, he never would have been in a situation where he needed to rent a girlfriend.

Some of the comments were as follows:

The tweet translates to, “If the cast is such a handsome guy, one doesn’t have to rent a girlfriend in general”

“No one is going to take seriously when Onishi-kun says that he is an unpopular boy, it’s absurd!”

In addition, a source commented that even if idols are used to popularize Rent-a-Girlfriend live action, it would difficult to achieve results since the Naniwa Danshi idol group has already been criticized for part scandals and other accusations.

“In addition to the ‘intimate photos leak’ scandal at the time of their debut, the group ‘Naniwa Danshi’ has also been involved in the recent ‘CDTV Live! Live!’ (TBS), where they were suspected of lip-syncing, so they have not been well received by non-fans,” the source said.

“Also, the protagonist of the original manga is an ordinary college student with brown hair. The image is too far from what Onishi-kun is. The only Japanese dramas and live-action movies where shoujo manga adaptations have been well received are Yoko Kamio’s ‘Hana Yori Dango’ (TBS series) and the movie ‘Bokura ga Ita (We Were There)’ by Yuuki Obata”, they added.

Furthermore, on the MyJitsu platform, some fans also voiced their opinions on making a live-action itself as most of those, in general, were not well-received. Some of the comments were as follows:

“As always, I will avoid live-action adaptations. It is not that they are bad, it is that they forcefully want to fit rising idols with leading roles.”

“An idol would only fit in a shojo-style live-action series. He has no business in a shonen where the main character is supposed to be embarrassing.”

Kumiko Asō is writing the scripts and Daisuke Yamamoto is directing the live action adaptation of Rent A Girlfriend, which was announced recently. Hiyori Sakurada of Tokyo Ghoul live action fame will play the role of Chizuru Mizuhara in the adaptation.

The series will air in July on Asahi Broadcasting Corporation TV channel on Sunday 11:55 PM and on TV Asahi on Sunday at 2:30 AM.

Kanojo, Okarishimasu (Kanokari) is written and illustrated by Reiji Miyajima, and was first published in Kodansha’s Weekly Shounen Magazine in July 2017.

The series also got an animated series that aired on July 10, 2020, and had 12 episodes. The series is also getting a second season premiering on July 2, 2022.