Effects Of Outsourcing Animation To India On Indian GDP

Global consumers are displaying a growing appetite for engaging, high-definition visual experiences. Moviegoers are demanding high-quality productions with engaging visual effects and realistic animation. In response, studios are including more animation and VFX shots into films. Consumers are consuming more immersive content across channels such as ultra-high-definition TVs, tablets, and smartphones to head-mounted devices. And, as a population-driven country, India is slowly and steadily making its mark to rise to the top!

As a matter of fact, the Indian animation Industry grew from INR ₹53 billion rupees (USD$719 million) in the fiscal year 2016 to INR ₹101 billion rupees ($1.37 billion) in FY2020. Animation accounted for 21.8 billion rupees, VFX, and post-production for 79.5 billion rupees. And by estimates, the market will grow up to 156 billion rupees by 2022; at a compound annual growth rate of around 18 percent for the industry in the measured time period.

Fortified with exceptional talent, infrastructure, experience, and state-of-the-art equipment, most companies offer the best animation services in India. When it comes to outsourcing and service providing, India is one of the first choices in the animation industry.

The Indian animation industry is perhaps the most unique one in the world. On one level it is extremely younger in comparison with its American, European, or even some of its Asian counterparts. Yet on another level thanks to the overall evolution of the Indian M&E industry; it is fairly evolved and far more locally driven than even some of the more evolved markets.

As reported by the Boston Consulting Group and Confederation Of Indian Industry by 2025 the Animation and VFX sector in India is approaching the potential to contribute 20-25% to the global market share. An article by Mint, states that the two segments, which have together grown 17% in 2019. It can lead to creating 75,000-120,000 jobs over the next five years. Also, its contribution to the nation’s gross domestic product is rising by 0.06-0.08% over the same period.

Even the Government of India has acknowledged the demand for animation as a driving force for the country’s economy. They have increased the FDI limit from 74% to a full 100%. The Government introduced the National Digital Communications Policy 2018(NDCP 2018) for affordable digital communications infrastructures and services.

Not only that! As a gesture of encouragement for a better future, the government also announced to set up a Centre for Excellence in IIT, Bombay to launch courses in AVGC and promote entrepreneurship in the sector.

Why Should Other Countries Look At India For Outsourcing?

There are certainly more than one reason why outsourcing to India is a great option.

Although India has the capability of providing quality service for its clients, there are other competitors in India’s neighbourhood that can and/or are stealing its thunder. Let’s see who and how

The market size of the Asian Animation and VFX industry was US$ 49.95 billion in 2020; with only Japanese Anime accounting for USD 24.23 Billion in 2020. In research conducted by Brandessence Anime market alone is anticipated to reach USD 43.73 Billion by 2027 with a CAGR of 8.8%.

The Asian animation and VFX industry is growing at the rate of 2-5 % Year-on-Year. With 3D animation and VFX as the most prominent and fastest-growing segments. The traditional form of content viewership is giving way to a sharp increase in streaming video consumption. Yet, the production costs in the Asian market are still less compared to the Western counterparts. The production cost per animation movie in Asia ranges anywhere between US$ 3 Million to US$ 60 Million. Thus, a number of Asian animation studios are giving importance to owning and protecting animation content by investing in intellectual property protection mechanisms.

Japan’s strength in animation, games and other elements of digital content is well known. The reasons for that success are less clear. Analysts point out that the Japanese government was slow to recognize the commercial and economic potential of the content industry. The Ministry of International Trade and Industry showed little interest initially in supporting the sector. Governmental interest sparked in 2001 when the national bureaucracy put the various digital content subsectors together and realized that, as one industry, it was worth 11 trillion yen. Whereas compared with the anime industry the steel industry stood at 5.2 trillion yen. In 2002, the Japanese government made developing the content industry a key national strategy. A decade and a half later, Japan has a large, vibrant, and profitable digital content sector.

Anime has never been more popular than it is right now, and that goes for both inside Japan as well as abroad. With digital distribution making it easy to watch new content whenever you want and easily catch up on missed episodes, plus an unprecedented number of slickly organized fan appreciation events and theatrical screenings, the medium of Japanese animation is in the middle of its biggest, loudest boom ever, and the industry has the numbers to show it.

Despite the declining birthrate, ageing population, the shrinking domestic market due to the tightening of regulations in China in April 2019, the market has grown fivefold compared to 2009. In which it reached a record high for 7 consecutive years in 2019. Both domestically and internationally. It amassed a sum of 2,511.2 trillion yen approximately $24 Billion USD. A growth of 19% over the previous year.

How are new players such as China and South Korea Increasing their country’s GDP through Animation?

While other countries in Asia are yet to replicate Japan’s success in producing global animation projects on par with Hollywood productions, more and more Asian animated films are capturing a larger share of revenue in their home markets. This indicates that strong new players may soon be ready to compete for global creative talent. In East Asia, China and South Korea have been investing heavily in their domestic animation industries, trying to move away from their roles as outsource destinations for design work and into new roles as content producers with locally crafted storylines.

Since a single Japanese studio cannot realistically create all the drawings needed for a complete series, some episodes are outsourced to studios in other countries in the Asia Pacific. China and South Korea were among the first countries to take on this outsourced work, though recent shifts in their own domestic industries have seen both partners turn increasingly to homegrown production.

Like Japan, Korea too came to digital content later than the United States and Europe but quickly developed important commercial niches in the sector. Although South Korea has enjoyed considerable success through its K‐pop cultural exports, it has really capitalized on the country’s highly successful online gaming industry. To add to that, the country’s domestic animation industry actually developed through subcontracting from Japanese and Western animation industries. For instance, the visual work produced for popular U.S.TV shows such as Family Guy and Justice League Unlimited were designed and drawn by outsourced Korean talent.

As animation became more of mainstream industry, producers began to realize that stronger character development and more careful marketing strategies, such as appealing to the family film market, were needed. For instance, one of the first successful Korean animated films, Daisy, a Hen into the Wild (2011), tells the story of a hen adopting a duckling. This film was one of the first Korean animation series broadcasted overseas in Europe and North America. It also garnered attention at film festivals such as the Asia Pacific Screen Awards in Australia and the Sitges Film Festival in Spain.

Likewise, the story of Pororo the Little Penguin is another case that reveals the growing popularity of Korean animation series. The series came to fruition after Korean producers studied animated series from other countries and subsequently created strong characters that connected with wider audiences through universal themes.

Although the Chinese animation industry began relatively late compared to countries like the U.S. and Japan, the industry has seen steady growth since 2015. Its output value surging from RMB 88.2 billion in 2013 to RMB 174.7 billion in 2018 and expected to stand at RMB 375 billion by 2025.

China has already produced a global animation brand with the Boonie Bears series, aimed at younger children and revolving around two bears who try to stop a logger from destroying their forest home. Shenzhen-based Fantawild Animation has made six features in seven years in the series, which have grossed over $415 Million combined in China and secured theatrical distribution in more than 20 territories overseas.

China is historically a difficult market for global entertainment brands, only allowing the release of a select number of international films and TV series every year. Increased creation of in-country content could make this market even harder for studios to penetrate, or on the flip side, it could make the country more open to content exchanges.

With the exception of Japan, Asia has been traditionally seen as an export-orientated market for subcontracting. However, the rise of domestic animation hubs in China and South Korea are generating new domestic audiences and a boost for more locally produced animated products. Though China has been leading the game art creation industry, recent geopolitical events have led to a growing preference for India. According to Lakshya Digital’s Shukul, in markets like Japan recent issues with China have played a role in the decision by many firms to hold back from outsourcing to China, benefiting Indian companies. The growing demand has created new job opportunities for 3D artists and animators in India. The risk-avoiding mentality and ignorance of animation is a curse that the country is unable to break till now despite having equal or higher standards of talent.

How Can India Utilize Animation Industry To Increase Its GDP?

India is All Ready to Roll: Approved by Western Companies. Animation has peaked in the country and big studios are progressively making their presence felt in global markets. One of the astounding feats in the history of Indian Animation scenario is the creation of Khaleesi’s Dragons in Game of Thrones. Prana Studios, based out of Goregaon in Mumbai took upon this mighty task.

Other than Prana, quite a few more India-based companies have contracted with many in-home and foreign projects. For example, Prime Focus is an Indian-based service-providing company known for its post-production services in many Hollywood hits. Another example would be, Dhruv Interactive Studio, now acquired by Rockstar Games; was India’s leading game developer, providing game development and art production services to the global games industry.

India is all ready and pumping for its turn to blow up in the industry. Only the things we are lacking are imagination and funding. Self-production is a huge leap to take for any media business. We can never say that after a huge investment of time and money a show will be successful. There is always a 50-50 chance. So, that is why the Indian Anime Industry is taking the shortcut to success. It is still focusing on investing its efforts in a stable outsourcing income.

The demand for animation, VFX and video gaming has expanded with the increase in targeted broadcasting hours by cable and satellite TV, availability of low-cost internet access, penetration of mobile devices along the growing popularity of streaming video. Also as China is a difficult market for global entertainment brands, and focusing more on in-grown products, it is an opportunity for India to swoop in. India is becoming an influential hub for outsourcing animation production services. It is also developing a domestic market for the viewers at an increasing rate. It can grab more of the outsourcing services in the East which can eventually be an inspiration for its own in-grown animation.

Of course, we at Animehunch will do our best to support the community. We are grooming comics artists and story-tellers and providing them a platform for enthralling stories inspired by the Japanese art of manga drawing. We are aiming to be one of the greatest Indian Anime content creators in the country. Eventually making India a competitor to countries like China and Korea. Finally we intend to bring in as much opportunities as possible to spread the rich medium called Animation! 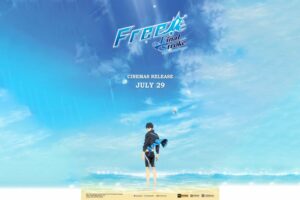 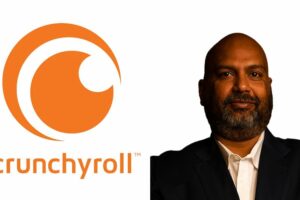 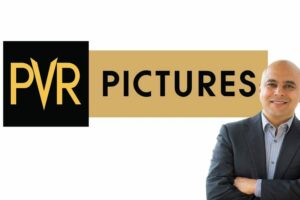