It will have 100 episodes in total. 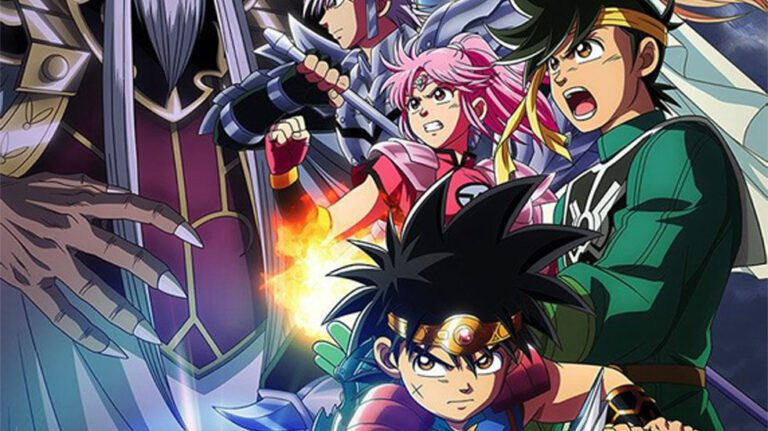 Dragon Quest: Adventure of Dai anime director, Kazuya Karasawa, announced in their official website that the anime is currently in its last spurt, with 13 more episodes to go.

Dragon Quest: Adventure Of Dai has currently aired 87 episodes. It will have 100 episodes in total. Episode 88, titled Shadow Raiment, will air on July 30, 2022.

“Everyone involved in “Dai no Daiboken” has worked together to produce each and every episode with all their might!
We are confident that every episode is a gem of a story!
And now we are in the last spurt towards the 100th episode!
We’re going to keep going at our best until the end, so please enjoy the show!“

After a six-week pause following the Toei Animation hack on March 6, 2022, the show returned on April 16 with its first new episode. The show resumed broadcast with episode 73 titled “Hope in the Flame”.

Kazuya Karasawa is the series director. The series’ script is overseen by Katsuhiko Chiba. The characters are designed by Emiko Miyamoto. The art director is Ayaka Fujii (Studio Pablo). The music is being composed by Yuki Hayashi. Color design is handled by Aya Mori. Dragon Quest series director Yuji Horii is credited for supervising the original manga.

Dragon Quest: The Adventure of Dai is a Japanese manga series written by Riku Sanjo and illustrated by Koji Inada, based on the popular video game franchise Dragon Quest. It was serialized in Shueisha’s Weekly Shōnen Jump from October 1989 to December 1996, with its chapters collected in 37 tankōbon volumes. A prequel manga series began in V Jump in September 2020 and a spin-off manga began in Saikyō Jump in October 2020.

Dragon Quest: The Adventure of Dai is one of the Weekly Shōnen Jump‘s best-selling manga series of all time, with 47 million tankōbon volumes copies sold.