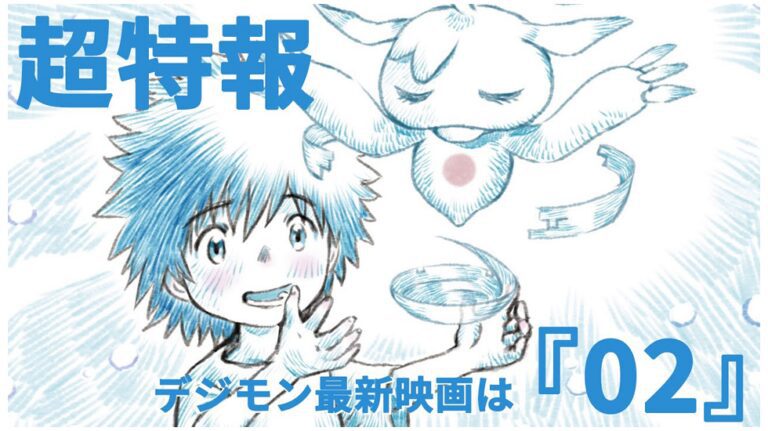 New character visuals and cast members, both new and returning, were also revealed during the fest.

The new additions to the cast for Digimon Adventure 02 Film are:

The returning cast for Digimon Adventure 02 THE BEGINNING includes:

Tomohisa Taguchi, who also directed Digimon Adventure: Last Evolution Kizuna, will serve as the director for Digimon Adventure 02 THE BEGINNING, with Akatsuki Yamatoya as the script writer.

Yumeta Company will be in charge of animation production with Toei being the producer.

Digimon Adventure 02 THE BEGINNING anime film will be set two years after Digimon Adventure: Last Evolution Kizuna and will introduce the Digidestined to Rui Owada, a boy who falls from Tokyo Tower and who claims to be the first DigiDestined, though he does not have a Digimon with him.

Digimon Adventure 02 is a Japanese anime television series produced by Toei Animation. It is the sequel to Digimon Adventure, and the second anime series in the Digimon franchise.

The series aired in Japan from April 2000 to March 2001. It was originally licensed in North America by Saban Entertainment and aired in the US from Aug 19, 2000 to May 19, 2001 as the second season of Digimon: Digital Monsters in English-speaking territories.

Adventure 02 was followed by the film series Digimon Adventure tri., which was released between 2015 and 2018.