The industry recorded a loss of 88.4 billion yen, even though international and streaming segments grew. 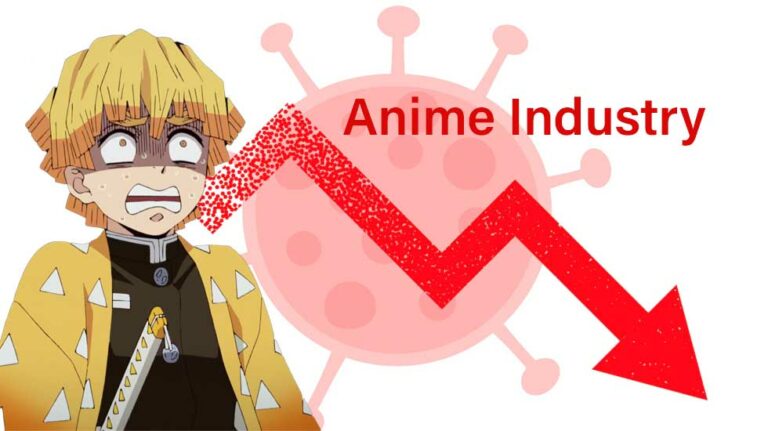 The Association of Japanese Animations (AJA) published the Anime Industry Report 2021 (English version) on March 26, 2022, which noted that the growth of Japan’s anime industry market had seen a decline for the first time in ten years due to the effects of the COVID-19 pandemic.

According to the report, which compiles data from the year 2020, the anime industry market reached a total of 2.426 trillion yen (approximately USD19.6 billion) in the year 2020, which is around 88.4 billion yen, or 3.5 percent, less from the previous year.

Though the market declined in 2020, the Anime Industry Report 2021 noted that the demand for anime had actually gone up. According to the survey carried out, the number of titles and the studios that are producing these titles have gone up, with the growth of streaming industry playing a part in this rise in demand.

The rise in demand is also increasing the production costs. While the studios expected the profits to increase along with the increase in demands, the report noted that the profits were actually decreasing.

The report further noted that the profits and revenues of the anime industry were mainly affected due to delays, despite a strong demand for the content. The lack of new titles tended to decrease revenues not just from the domestic market, but also from streaming and other segments.

“Most of the titles had their schedules delayed. We were unable to prepare for next year’s titles, so those schedules were delayed as well,” a comment from the survey carried out by AJA said.

The loss of 3.5 percent suggests that the anime industry was not overly affected by the pandemic. However, the damage was only mitigated due to the success of Demon Slayer: Mugen Train movie and the growth in streaming and international segments of the anime industry.

The growth was seen not just in revenues, but also in the number of titles that were licensed internationally, which went up to 16,361 in 2020 from 3,822 in 2019. United States led the pack with 474 contracts signed, followed by Canada and South Korea who had 450 and 334 contracts signed. The AJA survey found out that 28 companies in Japan currently had signed international contracts, for licensing their titles, up from 16 in the previous year.

While previous trends had suggested that the international market would overtake the domestic markets, the effect of the COVID-19 pandemic made the predictions come true.

2020 also saw a decline in the revenues from TV anime, a mainstay in domestic Japanese anime industry market. On the other hand, there was a steep rise in the revenues generated from domestic anime streaming, reaching 93.5 billion yen, a 35.8 percent increase.

The change has been attributed to the increase in stay at home crowd, due to the pandemic. However, the report states that there could be an increase in the TV anime segment once the effect of pandemic wears off.

While the domestic anime streaming segment reported a significant revenue increase, the anime production companies themselves earned less from the streaming segment. It saw a drop of 11.6 percent, earning 19.1 billion yen in 2020.

The streaming segment had already left behind the home video segment of the anime industry in 2018 itself.

The merchandise segment, which made up 25 percent of the industry’s market share, also recorded a loss of just 0.8 percent, keeping the overall decline of the industry in check.

The anime movie industry was expected to be the worst hit of all the segments of the anime industry market due to pandemic shutting down theatres and limitations put in place for large gatherings of people. But the unprecedent performance of Demon Slayer: Mugen Train movie made 2020 the third highest grossing year in the history as it earned 61.7 billion yen.

2019 had recorded the highest gross revenue in history of anime movie industry, as it earned 69.1 billion yen that year.