The era of pandemic - is the manga "unnecessary and non-urgent"!? 7 Manga authors talks about "Corona and Manga"

The publisher Shogakukan Creative released an “ongoing” interview collection “Corona and Manga – Pandemic and Creations told by Seven manga Artists” today which encapsulated the “voices” of manga artists and how they are facing their creativities in the era of the corona disaster.

Kazushi Shimada was the interviewer as well as the editor and writer for the book “Corona and Manga” released on 29th September 2021.

With a sad coincidence, one of the interviewed authors, Takao Saito’s news of his passing away was released on the same day of the release of this book.

Some of the excerpts of the interviews are as follows:

Inio Asano: “I want to make a manga that shows how ordinary people’s daily lives continue even in the face of unprecedented situations.”

Rumiko Takahashi: “While hoping for the pandemic to dissolve, I will continue to draw manga again today.”

Mitsuru Adachi: “Sticking to “as usual” might mean “the fighting spirit against corona” for me.”

Kazuhiro Fujita: “Now, science fiction and horror mangakas are more imaginative than ever.”

Fujihiko Hosono: “It’s important not to forget the scenarios, both during the earthquake disasters and in the pandemic.”

Takao Saito: “I want everyone to face and move on from any crisis without giving up like “Golgo””

“In 2020, the raging of the new coronavirus that hit the entire planet has completely changed the world. The manga world is no exception. This book is an interview collection of the “voices” of popular manga artists who continue to draw the best entertainment works every day without losing the threat of viruses in the era of the corona disaster.

Is manga unnecessary and non-urgent?

No, in order to confront unprecedented crises, we human beings have the power of imagination. The voices of the seven manga artists who spoke passionately in this book may give us some hints for surviving the present.” 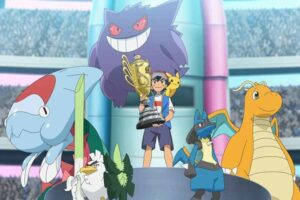 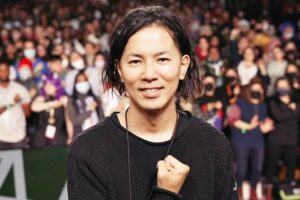