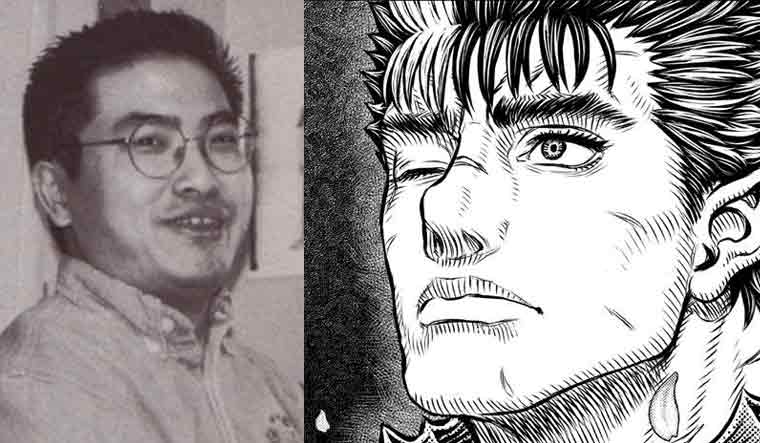 The sudden death of famous mangaka Kentaro Miura on May 6th 2021 has stunned the creator community to the core. He left this world at the age of 54 with the Berserk manga still unfinished. In remembrance of Miura, numerous creators shared their condolences on social media.

One of the most intimate responses was shared by George Morikawa. On Twitter, he tweets how he and Miura worked on Hajime no Ippo together for a short while.

He shares a sketch of Miura’s drawing of Takemura, a character of Hajime no Ippo with a message. In the message Miura wrote, “Back in college, I worked with you as a short-term assistant, and I was worried my lack of skill would hold you back. I learned many things, and this is both an apology and a thank you!”

Kentarou Miura has also contributed to the anime adaptation of March Comes in Like a Lion. The official Twitter account of the series shared two of the end cards he has created for them.

Also among several messages that surfaced on the web sending heartfelt condolences, Fairy Tail mangaka Hiro Mashima expressed his gratitude for the creation of Berserk as an important part of his life. Also along with Rei Hiroe, the creator of the action manga series Black Lagoon, Vinland Saga manga creator Makoto Yukimura, Fire Force and Soul Eater creator Atsushi Ohkubo expressed their grief for the sudden loss of such a brilliant artist and writer.

In addition to the above-mentioned mangaka many other notable mangaka, creators and people connected to Berserk’s franchise sent condolences through their social accounts conveying concern for the unfinished masterpiece called Bersek.