The cover illustrations and digipak art are done by character designer Tomonori Kogawa. 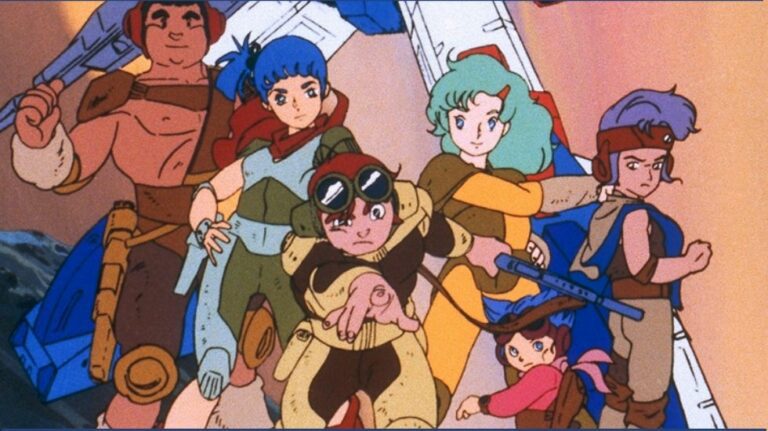 The cover illustrations and digipak art are done by character designer Tomonori Kogawa.

Part 2 will consist of 5 discs containing episodes 26-50 with new master prints, 2K scans, and HD remastering priced at 39,600 yen. The box will also include the 1983 compilation film Xabungle Graffiti.

Combat Mecha Xabungle is a mecha anime television series created by Sunrise and directed by Yoshiyuki Tomino. The character designer for the film is Tomonori Kogawa. While Kunio Okawara will be the mechanical designer along with Yutaka Izubuchi who will be a guest mechanical designer. Also, Kōji Makaino is in the team as music composer.

The series was broadcasted on the Nagoya TV and TV Asahi networks weekly from Feb 6, 1982, to Jan 29, 1983. Promotional merchandises were produced by Clover.

There was also a compilation movie made called Xabungle Graffiti, which included new footage and a different ending to the series. The anime series is licensed by Maiden Japan. It is currently streaming on Hidive, and it was released on an SDBD set on December 18, 2018.

On the planet Zora, there are two societies: the Innocent and the Civilians. Jiron Amos seeks revenge against the outlaw who killed his parents, but in a world where CIVILIAN crimes are forgiven if they’re not brought to justice within three days, there’s little he can do. Taking his revenge into his own hands, Jiron steals the mecha Xabungle and teams up with a group of bandits, the Sandrats. As his quest continues, Jiron’s actions sow the seeds of rebellion against the Innocent.