The episode count has also been revealed. 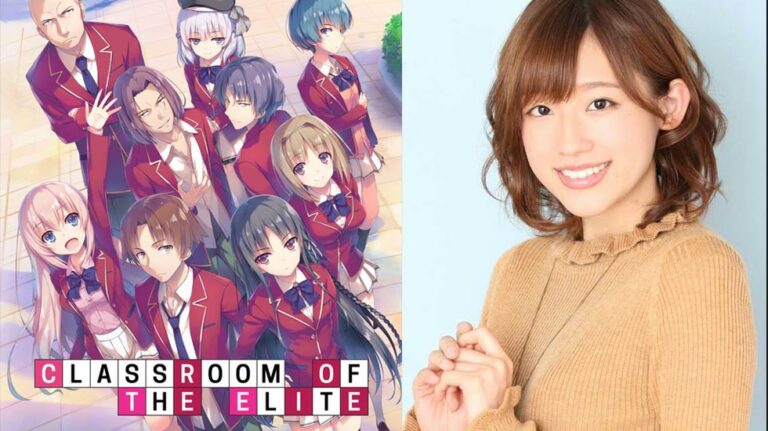 Classroom Of The Elite‘s official website released a new promotional video for season 2 of the anime. The video revealed new opening song “Dance In The Game” by ZAQ. It also revealed Rie Takahashi and Saito Soma as new cast members.

The website also revealed that there will be 13 episodes for the season.

Along with this, the site also revealed a new Key Visual and character designs for Rie and Soma’s characters.

The season 2 of the anime is set to release on July 4. The series will air on AT-X, Tokyo MX, KBS, BS, Abema. Crunchyroll will be simulcasting the series for western audience. A season 3 is also in production, set to release in 2023.

Seiji Kishi and Hiroyuki Hashimoto will serve as chief directors for both Season 2 and Season 3, Yoshihito Nishouji as director, Hayato Kazano as series composer, Kazuaki Morita as character designer, and Masaru Yokoyama and Kana Hashiguchi as music composers. Lerche is once again the animation production company.

Classroom of the Elite is a Japanese light novel series, written by Shōgo Kinugasa and illustrated by Shunsaku Tomose and has been published under Media Factory’s MF Bunko J imprint since 2015. As of February 2022, seventeen volumes and four short volumes have been released.

A manga adaptation by Yuyu Ichino began its serialization in Media Factory’s Monthly Comic Alive on January 27, 2016. An anime television series adaptation by Lerche aired from July to September for 12 episodes with the first season in 2017.

Crunchyroll describes the plot as:

Kiyotaka Ayanokoji has just enrolled at Tokyo Koudo Ikusei Senior High School, where it’s said that 100% of students go on to college or find employment. But he ends up in Class 1-D, which is full of all the school’s problem children.

What’s more, every month, the school awards students points with a cash value of 100,000 yen, and the classes employ a laissez-faire policy in which talking, sleeping, and even sabotage are permitted during class.

One month later, Ayanokoji, Horikita, and the students of Class D learn the truth of the system in place within their school…