Since Oct 2018, physical copy sales dropped. And it's not just for one or two publications. Almost all Magazines of Shueisha are getting decreasing sales numbers. However, Shonen Jump+ is slowly gaining traction. 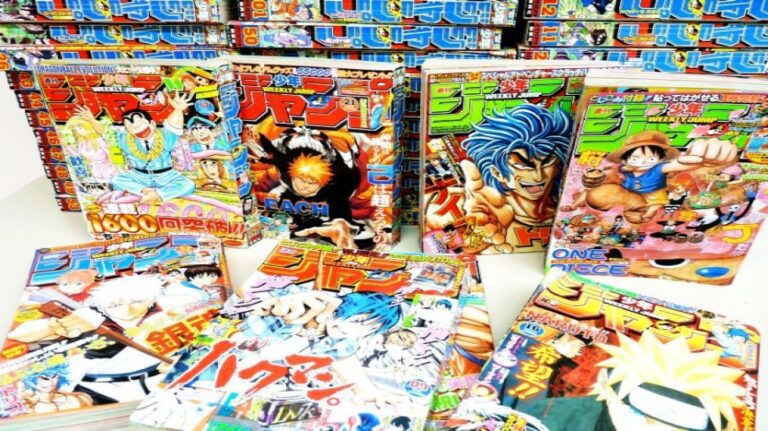 On November 13th, 2021, the Japan Magazine Publishers Association (JMPA) released its circulation figures for physical copies of Japanese magazines. The numbers reveal that the downward trend in readership for some of the biggest names in Manga will continue well into 2021, with Weekly Shonen Jump falling below 1.4 million weekly copies for the first time since the early 1970s.

Since Oct 2018, physical copy sales dropped. And it’s not just for one or two publications. Almost all Magazines of Shueisha are getting decreasing sales numbers.

Some of the comments from the public when asked why they didn’t purchase the magazine are as follows:

I thought it was too much jumping at a convenience store

I didn’t buy it after the Chainsaw Man was over

In fact, the drop in figures holds true for other popular magazines under Jump.

Though, this doesn’t mean doom and gloom for the publisher.

In the instance of “Jump,” an independent service called “Shonen Jump +” that distributes the electronic version has been launched, and it appears to have gained a significant amount of traction.

Not only are the works published in this magazine becoming more popular, but so are the original serialized works of “Jump +” such as “SPY x FAMILY” and “Tis Time for Torture.”

In fact, viewers of the jump work stated that “electronics are too convenient…” and “honestly plus is more enjoyable.” After all, in these days of electronic periodicals, it may be foolish to judge success solely by magazine sales.

Magazines with relatively young readers are likely to be more affected by digitization.

Weekly Shōnen Jump is a weekly Shōnen manga anthology published by Shueisha under the Jump line of magazines in Japan. It is the best-selling manga magazine and one of the longest-running, with the first issue being published on August 1, 1968.

The manga series in the magazine are aimed at young teen male readers and feature a lot of action and a lot of humor. Every two to three months, the chapters of series that run in Weekly Shōnen Jump are collected and released in tankōbon volumes under the “Jump Comics” name.