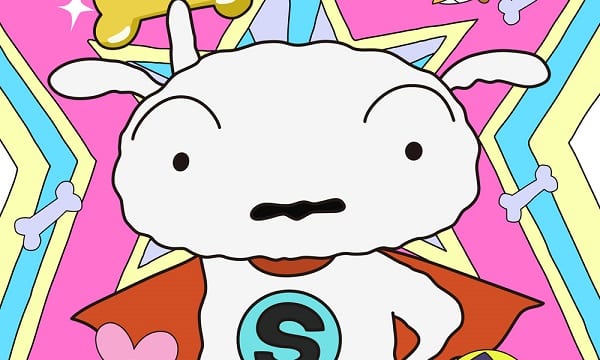 Super Shiro is a spinoff anime of the Crayon Shin-chan Franchise. The anime debuted in October 2019 on Video Pass and AbemaTV. It has a total of 48 short episodes. Each episode is 5 minutes long. Cartoon Network will broadcast the anime in India starting 22 February. The channel shared this news on their Facebook Page (Cartoon Network India). The anime will air at 2:30 p.m. on weekdays.

The comedy story follows the Nohara family dog Shiro becoming a superhero and protecting the legendary bone “Bobobobobone” from the evil inventor dog Dekapoo and his ambitions of world domination.

Masaaki Yuasa directed the anime. Tomohisa Shimoyama is the illustrator.

A couple of production houses worked together on this anime, namely TV Asahi, Shinei Animation, ADK EM and Futabasha. They all have co-produced the whole series. TV Asahi has been airing the Crayon Shin-chan anime since 1992. It is one of the most watched anime in Japan. India also has a big fan base of the anime. The anime also has a series of 28 films. The last of which released recently on 11 September, 2020.