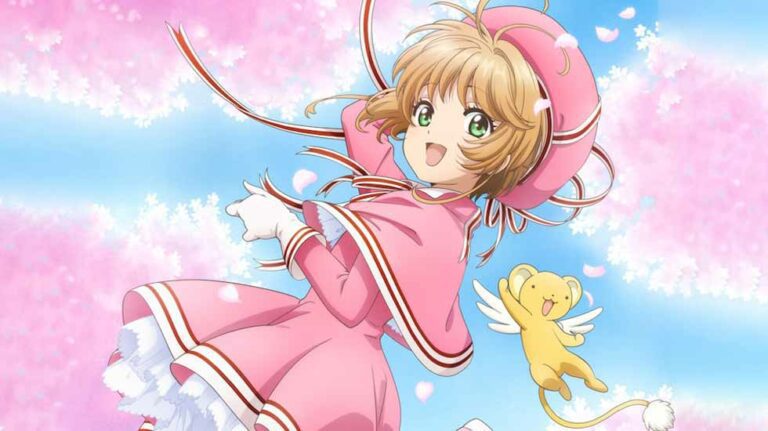 The official Twitter account of the TV anime franchise Cardcaptor Sakura unveiled a new key visual on April 7, 2022, to celebrate the 25th Anniversary of the anime.

Merchandise using illustrations and themes from “Cardcaptor Sakura Clow Card Edition” to “Clear Card Edition” broadcast in 1998 will be distributed sequentially from this month to mark the 25th anniversary of anime broadcasting.

Items featuring the new visual and minifigures of about 4 cm in collaboration with Sanrio characters is scheduled to be released at capsule vending machines nationwide from June 2022.

A collaboration with EJ Anime Hotel in Tokorozawa Sakura Town, Saitama is open until June 30 where visitors can listen to the hotel-only voices of characters- Sakura-chan, Kero-chan, Syaoran-kun, and Tomoyo-chan in their room, including a dinner course inspired by the world of “Cardcaptor Sakura”.

For fans who cannot travel to the EJ Anime Hotel, an arrangement of an external hotel nationwide is in the works.

Moreover, the Cardcaptor Sakura café which was previously open in Tokyo for a limited time last November, will be making its way to Nagoya Parco in Aichi and Shinsaibashi Parco in Osaka.

Last year, CLAMP had released a “special comic movie” for a quick recap of the series. The franchise opened a special website and renewed the official Cardcaptor Sakura website with 25th Anniversary illustrations.

Cardcaptor Sakura, abbreviated as CCS, is a Japanese manga series written and illustrated by the manga group Clamp. Serialized monthly in the shōjo manga magazine Nakayoshi from May 1996 to June 2000, it was also published in 12 tankōbon volumes by Kodansha between November 1996 and July 2000.

The manga was adapted into a 70-episode anime television series by Madhouse that aired on Japan’s satellite television channel NHK BS2 from April 1998 to March 2000. Additional media include two anime films, video games, art books, picture books, and film comics. Tokyopop released the manga in English in North America from March 2000 to August 2003.