A new visual was also revealed. 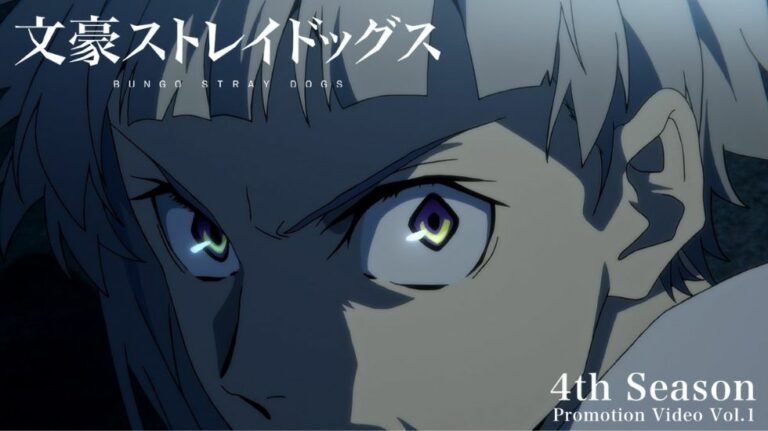 The official Twitter account of Bungo Stray Dogs unveiled a new trailer for season 4 of the anime and an “overseas visual,” illustrated by character designer, Nobuhiro Arai and background design by Tsuyoshi Kusano on Aug 6, 2022.

The staff originally revealed the trailer during the Bungo Stray Dogs panel at Crunchyroll Expo 2022.

Cast members reprising their roles include:

Takuya Igarashi will be directing the season with Yoji Enokido serving as the script writer, Nobuhiro Arai and  Yumiko Kondo will be character designer and art director respectively. BONES will be in charge of the animation.

The first television anime adaptation aired from April to June 2016. The anime’s second 12-episode series aired from October to December 2016. Funimation and Crunchyroll released the series on home video with an English dub last March. The anime’s third season premiered in April 2019.

Kicked out of his orphanage and on the verge of starving to death, Nakajima Atsushi meets some strange men. One of them, Dazai Osamu, is a suicidal man attempting to drown himself in broad daylight. The other, bespectacled Kunikida Doppo, nervously stands by flipping through a notepad. Both are members of the “Armed Detective Agency” said to solve incidents that even the military and police won’t touch. Atsushi ends up accompanying them on a mission to eliminate a man-eating tiger that’s been terrorizing the population…