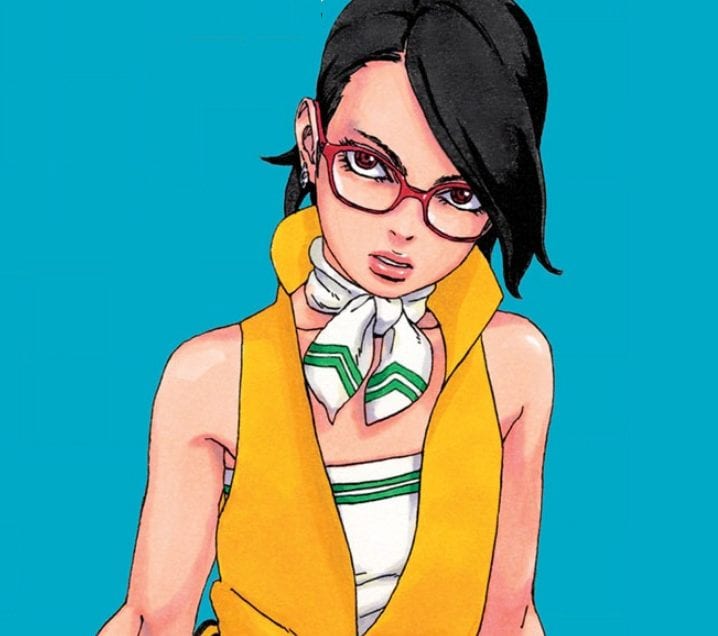 This review will contain spoilers for Boruto: Naruto Next Generations Chapter 43. If you haven’t read the chapter already, you can do it here on Viz!

The latest chapter of Boruto Manga is out and believe, the chapter has some crazy developments that will make your heart race. The previous chapter of Boruto: Naruto Next Generations, ended on a high with Sarada Uchiha using chidori on Boro in a bid to destroy his core.

Boruto Chapter 43 picks up where the previous chapter left off, but then what follows is plot revelations and a “manifestation” which is sure to fire up the Boruto loyalists.

There were some sections of fans who were complaining about the fight between Boro and the new generation Team 7 taking up an awful lot of time to end. And if the latest chapter hadn’t done what they had done we too might have complained about the drag.

The latest chapter is without doubt a major milestone in the series and it is only natural that more high octane action and thrills are set to follow. We are also eager to see when all of this will get adapted into the anime, because that will be on an entirely different level than the fillers which are being aired currently.

Without much ado, lets jump into what happens in the latest chapter of Boruto manga;

As we said before, the previous chapter ended with Sarada Uchiha unleashing the chidori and surprising everyone. As expected she destroys Boro’s core, but then he doesn’t die. Sheesh!! Such a headache this guy is…

Instead all the scientific ninja tools in him go awry and he suddenly beefs up to an inhumane size. He loses control of his powers and goes on a rampage. As Boro frantically tried to control himself, Kawaki, Mitsuki, Sarada and Boruto use this interval to go to where Naruto is trapped and devise a plan to get him out of his enclosure.

Kawaki and Boruto combine their karma and use it to open an inter-dimensional gateway between the enclosure and the outside world (or whatever you want to call it) to rescue the Seventh Hokage who was unconscious after his fight with Jigen.

The next thing we know is that our young shinobis are being flung in the air and swatted away like flies by the humongous Kara villain, who had suddenly regained some of his composure and come after them. The first to go was Mitsuki who was crushed by Boro’s fist, then Kawaki was punched and sent miles away by the Kara villain, but not before losing an arm to his Ki-blast type attack.

Then Boro tries to crush Sarada using his other hand, but Boruto bravely stops him before that could happen (future ship? anyone?). An angered Boro totally decimates our young hero throwing a series of heavy punches on the young shinobi who was in no condition to fight back.

But then suddenly, the ‘manifestation’ occurs.

We see that Boruto has transformed with the help of his Karma, and not only has his physical appearance changed, but Momoshiki Otsutsuki had manifested in him and taken control of his mind. And without much guessing, we can deduce that the one who is actually speaking from Boruto’s mouth is the Otsutsuki.

Boruto, with Momoshiki manifested in him, then proceeds to steal Naruto’s remaining chakra and uses a massive Rasengan to annihilate Boro completely. As the battle is over, Boruto is no longer able to maintain his Otsutsuki form and eventually passes out. When he regains consciousness he doesn’t seem to have any memories of what had happened.

But, just as Boruto was about to pass out, Momoshiki tells him that “it was still a ways away that you’ll lose it all.” This is probably in reference to the prediction that Momoshiki made back when he gave Boruto the karma seal saying that his Karma and Jougan will one day make him lose everything that he held close.

The reveal further confirms that Boruto’s karma had indeed made him a vessel for Momoshiki Otsutsuki (though many would have guessed it, putting two and two together, after Jigen’s transformation while fighting Naruto). Does this mean the further arcs would have an interesting part where Boruto tries to fight off the Otsutsuki manifestation trying to overpower him.

This essentially reminds me of shonen main characters fighting off the evil inside them, and parallels can be drawn to Ken Kaneki fighting off a part of Rize which lived on inside him in Tokyo Ghoul or the relationship between Ling Yao and Greed in FullMetal Alchemist.

This reveal in no way changes the future that was shown to us in the first episode and only makes it interesting to see how Boruto and Kawaki reach that particular point in their arcs.

The chapter is an interesting one, though it would have been good to see at least one of the senior ninjas coming to save the young heroes in trouble. That said, it is also good to see the new Team 7 combining and holding off the enemy on their own, albeit a little (or should we a great deal of ) help from a once destroyed Otsutsuki.

While Boruto fans are over the moon about the manifestation that took place, there’s one more very interesting event that happens towards the end, which, as usual makes the wait for the next chapter seem long and unfair. As Chapter 43 of Boruto: Naruto Next Generations manga draws to a close, we see Kashin Kojin and the Kara base, getting ready to take down Jigen who has not even recovered 10 percent of his strength after battling with Naruto.

Needless to say we are very excited about what’s gonna go down in the next chapter of the manga. Till that comes out, stay tuned to the rest of the blogs on our site. Drop a comment to tell us if you liked the latest Boruto Manga chapter. 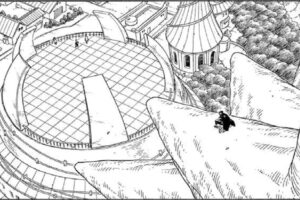 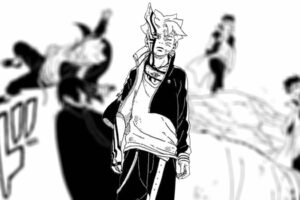 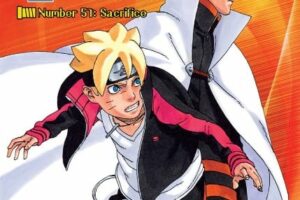 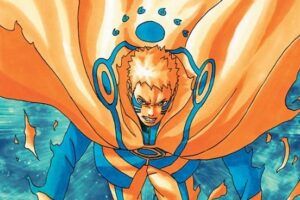