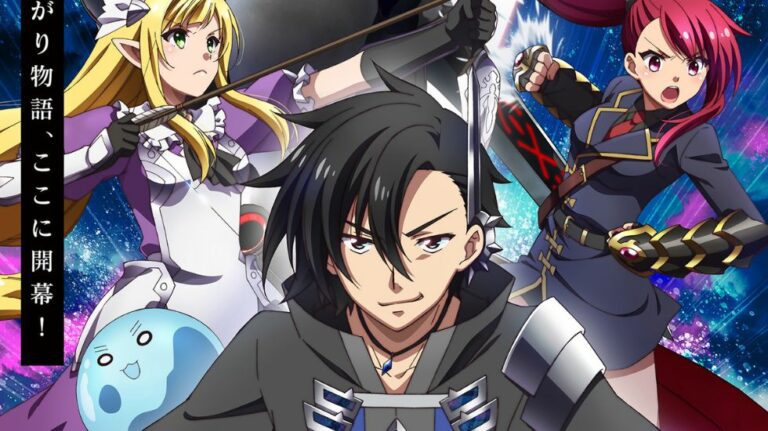 Kariki Bear, a popular vocaloid composer/producer, launched their new project Rebear in June 2022. Retbear is an “anonymous” unit that combines Kairiki Bear with a different unknown vocalist for each song. The guest vocalist performs under a different name from usual.

While commenting on his song, Retbear compared our world to that of an isekai anime.

“There are various isekai anime where protagonists are reincarnated in other worlds, and perhaps this world of ours is also a place where we were reincarnated without memories of our previous lives,” the artist said.

“I composed this song by overlaying images of our current reality, the other world, and the feelings of the characters. I hope you enjoy both the anime and the song!”

The PV also features the ending theme of the anime, “Wherever,” performed by Minori Suzuki. Black Summoner will air in Japan on July 9, 2022.

Satelight is in charge of animating the series, with Yoshimasa Hiraike directing it and also overseeing the scripts. Miwa Oshima is charge of character designs and Michiru and Yuri Miyazono will be composing the music for the anime.

Black Summoner is a Japanese light novel series written by Doufu Mayoi and illustrated by Kurogin.

Mayoi originally began publishing the story online on the Shōsetsuka ni Narō novel posting website in October 2014. A light novel version of Black Summoner was published by Overlap under their Overlap Bunko imprint in June 2016. As of August 2021, fifteen volumes of the light novel have been released.

A manga adaptation with illustrations by Gin Ammo began serialization in Overlap’s Comic Gardo website in January 2018. As of October 2021, its chapters have been collected into eleven tankobon volumes.

J-Novel club describes the plot of the novels as follows;

Waking up in a strange new place with no memory of his past life, Kelvin learns that he’s bartered away those very memories in exchange for powerful new abilities during his recent transmigration. Heading out into a whole new world as a Summoner — with his first Follower being the very goddess who brought him over! — Kelvin begins his new life as an adventurer, and it isn’t long before he discovers his hidden disposition as a battle junkie. From the Black Knight of the Ancient Castle of Evil Spirits to the demon within the Hidden Cave of the Sage, he revels in the fight against one formidable foe after another. Join this OP adventurer in an exhilarating and epic saga as he and his allies carve their way into the annals of history!