Attack on Titan: The Hate For Gabi Is Unwarranted 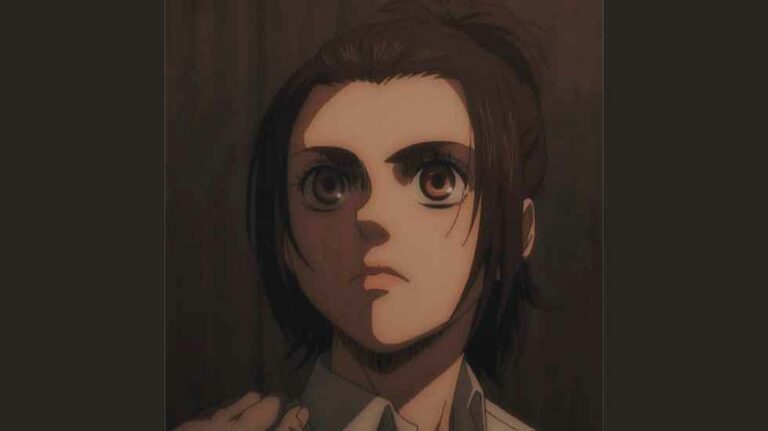 The Gabi hate is flooding the Attack on Titan fanbase. Some would say it’s for good reason. SPOILER. She kills our favorite potato-eating girl; the bubbly, joyful Sasha. What an unforgivable act! So there’s no other option but to hate the kid right? I mean, there’s even a Tumblr blog called, ‘GabiBraunMustDie’….

The hate for Gabi is unwarranted. Sure, it’s understandable why people feel the way they do. Sasha, a fan favorite, dies to a gunshot from Gabi. It still is unwarranted though. If you really think about it, Gabi Braun is the Marleyan version of Eren Yeager. The Titans, for example, destroyed both of their homes and turned their world upside down. This made them both go down a path of revenge, thanks to their ignorance about the outside world and also because they were kids with a chip on their shoulder.

Now, let us try to take a detailed look into the parallels between Eren and Gabi, and try to understand why the hate she receives is a wee bit unjustified.

As always, there are going to be spoilers ahead, so go ahead at your own discretion!

Gabi was just a child (albeit a very strong and trained child) who witnessed an attack on her homeland, much like young Eren did. We felt deeply for Eren, Mikasa, and Armin, but why do we not apply the same compassion to Gabi? A girl who witnessed an attack on her home, by what she thought were ‘devils‘. Just like Eren saw people he knew die in front of him, Gabi saw a soldier who was trying to save her die right in front of her, with a bullet to the head. Who shot that bullet? Sasha. What irony.

The attack on Wall Maria and the attack on Liberio both have an undeniable parallel: the effect it had on the surviving citizens. We can all remember Eren standing on the boat saying, “I’ll kill them all”. Why does he say that? The monsters he feared from a young age, the titans, were in front of him. He was only taught to be wary of them. He was told they’ll kill and eat humans. And when they finally attacked and he lost his mother, he couldn’t take it anymore. He lost the people he knew and talked to every day. This gave rise to a hatred that wouldn’t subside. A thirst for revenge that couldn’t be quelled.

In fact, it’s the exact same for Gabi! She lost the soldiers she met everyday and she saw her friends, Udo, and Zofia die in front of her. Gabi harboring hate for Eren in her heart, claiming she would kill him is a stark parallel of Eren saying he will kill all the titans.

Both Eren and Gabi did not know the truth of the story, though. The enemies on the other side were humans. Not monsters or devils. However, their circumstances had dictated their behaviour. It taught them to hate, and not to understand. This programming done to them from a young age caused them to see the enemy as less than human, as scum that had to be disposed of.

Eren and Gabi, both mistook their enemies for demons. After all, they just wanted to protect their homes.

This is very evident with Gabi’s reflection on her experience in Paradis after meeting with Sasha’s family. She feels like she might die but realizes that the Eldians on the island were human and not devils out to kill her. She then goes through a change after meeting Paradis residents and even claims that she finally understood how Reiner felt after his stint in Paradis.

Eren saw the survey corps members get massacred, likewise, Gabi saw soldiers suffer. Eren saw his mother die, likewise, Gabi saw her friends die. Additionally, Eren and Gabi felt the rage of their homes being destroyed. In short, Eren Yeager to Gabi is Reiner to Eren, a murderous Titan that destroyed everything in its path and left behind destruction and death.

Gabi and Eren are two sides of the same coin. They both were attacked by titans and swore to destroy their enemies in return. Additionally, they both spend time in the enemy’s lands and come to realize that everyone is human, after all. Even the titans.

3 thoughts on “Attack on Titan: The Hate For Gabi Is Unwarranted”