Attack on Titan Season 4 Episode 1 Review: It Has Begun! 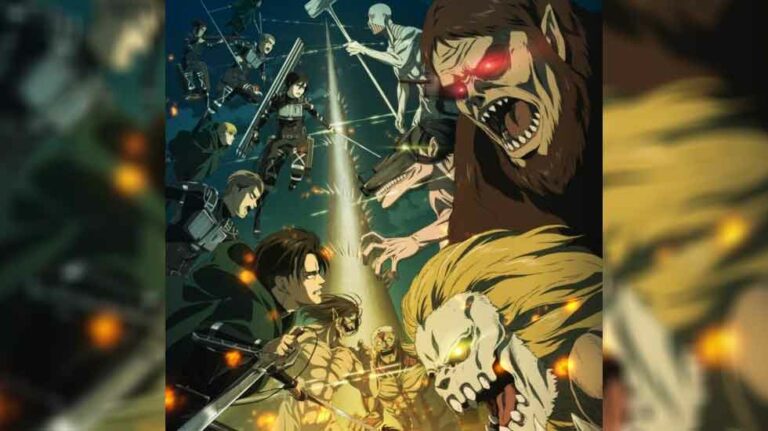 The new season of Attack on Titan was definitely the most looked forward release of the year. Despite a studio change, and a delay owing to the pandemic, the first episode, titled “The Other Side of the Ocean“, released on December 7th (JST).

Now that the emotions are out of the way, I think I say for everyone that Studio MAPPA didn’t disappoint! In general, the episode really did set the tone, and left us wanting more.

The OP, ED, and everything in between

This time, Linked Horizon did not return to perform the opening for one last time as fans wanted. Shinsei Kamattechan performed the opening titled “My War.” While many fans were not too happy with it, I personally love it. The song is confusing and chaotic- it perfectly captures the essence of the story here on. Not to mention, the lyrics also encompass the theme of the story and conflict very well.

There is no denying that this time, the ending track stole our breaths away! “Shock” by Yuko Ando is a song that amplifies the dread and melancholy that the show expresses. In a surprising turn of events, this year we have seen endings being fan favourites, and Attack on Titan is no expection.

For the background score, the epic score heard in the trailer is used right in the climax of the episode. Other than that, we hear an old background score composed by Hiroyuki Sawano. This time, he will be working with Kohta Yamamoto. Attack on Titan has some of the best background scores, and it definitely added more to the episode.

It is time to address the elephant in the room- the character design changes. Fans were worried that MAPPA won’t be able to match up to WIT studio’s hyper realistic and detailed designs. However, there was no trouble adjusting to the new design of the show. The characters do not have the same detail as what would WIT would make them, but they are well made and closely resemble the manga art.

Most praises for MAPPA come with their seamless way of blending CGI into the animation. The animation was fluid, and the transformation scene of Reiner was super cool. However, I will say that the faces of some of the Eldians in the air did not match with how they should have been feeling. I don’t know about them, but I definitely won’t be smiling when I’m a few seconds away from being a titan!

The pacing and script

It is so important for the first episode to be aptly paced and written well, so that it can retain the audience for the rest of the season. Episode 60 definitely ticks all the boxes. The episode sets the context for Marley very well. It manages to show us good insights into all the new characters. One of the best things about the episode was how it didn’t beat around the bush.

The episode wraps up the war between Marley and the Mid East Allied Forces. This was a great move on the direction end as dragging it more would not be the right choice.

I also feel that the script deserves praise. It not only managed to show the personalities of some very important new characters, but also shows Marleyan propaganda and the resentment Eldians in Marley have against those in Paradis Island. Some dialogues also have great symbolism.

“I’m sick and tired of walls.” This dialogue by Reiner sent chills down my spine! Short, impactful dialogues are common in this anime, and we can definitely expect even more iconic dialogues here on. Not to mention, Falco warding off the birds is such a contrast to the fascination Armin and Eren had. These little things definitely highlight the commencement of a new stage in the anime while still paying homage to the last three seasons.

The Thrill factor, and overall enjoyment

Attack on Titan is a synonym for thrill, isn’t it? The episode is packed with action scenes and sequences that will bring you to the edge of your seat. From Gabi’s brilliant destruction of the armoured train, to the fight between the Mid East soldiers and Gilliard, Reiner, and Zeke, once the episode picks up its pace, it doesn’t stop. The episode doesn’t romanticise war and shows the harshness of it, and this just makes it even better.

Despite the absence of the regular cast, the episode manages to be super interesting. While obviously, the feel and animation is totally new, the epic scenes and adrenaline rush remind you that no matter any change, Attack on Titan’s popularity lies in its story.

Also, Jean boy, we saw you.