Zeke has been close to death many times. Have the events of Chapter 137 truly sealed Zeke Yeager's fate as a tragic hero? Is Zeke dead? Read to know more!

Zeke has been close to death many times. Have the events of Chapter 137 truly sealed Zeke Yeager's fate as a tragic hero? Is Zeke dead? Read to know more!

Zeke’s Yeager’s status has been left hanging multiple times in the Attack on Titan series. In the episode 14 of the final season, we see him being taken down by Levi with particular ease. So did Zeke really die here? To answer in short; No, Zeke Yeager was not dead there. Getting defeated by Levi was actually part of his plan. To know more about it read this article here and another one which details his actions.

Ever since the rumbling was activated by Eren, Zeke Yeager has been missing in action from Attack on Titan. He is nowhere to be seen. Anxious fans were finally happy to see the beast titan in chapter 134 (more than an year after its last appearance). But questions were raised about whether Zeke was really the one controlling it and if we would see him soon.

By chapter 137 Zeke’s fate had been sealed. Zeke Yeager was finally dead, at the hands of his arch nemesis, Levi. But, why did he pop up right at the end? Why was his death so instrumental, and what lead to it? To know more, read ahead!

As the alliance reached closer to Eren’s founding titan, they came across the Beast Titan. Ready to avenge Erwin, Levi charges in on it. However, it turns out to be empty- there was no Zeke inside of it!

This raised many questions on how the Beast Titan not only manifested without its shifter, but how the rumbling is still continuing. It turns out that the Beast Titan was just one that spawned out of Eren’s incredible titan body. As Pieck notices in the next chapter, it was one of the many intelligent titans that were being used to protect Eren’s nape.

And once more, Zeke managed to give us a death scare while being very well alive. But, where was he then?

Zeke was in the paths, making a sandcastle. (No, you weren’t the only one who did a double take on that.)

Zeke and the Paths

When Armin wakes up with his consciousness detached from his body in the paths, he comes across Zeke.

There, Zeke and Armin hold a conversation on the purpose of living. Though adamant about his views on that the purpose of life is to multiply, Armin’s story on how the smallest of memories with the ones you love define you as a living being touched his heart. There, Zeke realised that there is so much more to living than the pessimistic outlook he had had.

Here, its important to understand that Zeke was used against his will by Eren. After that, he completely gave up on even stopping Eren, his will completely destroyed. With Eren becoming the most powerful titan of all, similar to the progenitor titan of Ymir Fritz, we were all under the assumption that maybe Zeke’s use as one with the royal blood has been nullified.

However, we are proved wrong as Zeke proves instrumental in drawing a close to the conflict.

Still having some perks as a royal blooded titan, Zeke managed to woke up the titan shifters he had personally known to take control over the shells of their titans who were fighting against the alliance. With this, the tide overturned with our well loved dead titan shifters helping their comrades one last time.

Furthermore, Zeke gets ready to sacrifice himself to stop the rumbling. Managing to pop out of the sand from the paths onto Eren’s gigantic form, he calls out for Levi, who quickly beheads him. Hence, the story for Zeke finally came to a close.

The Impact of Zeke’s Death

Zeke’s death comes at a point where he managed to finally appreciate the life he was given. Like Erwin and Ymir from 104th Corps, Zeke also had his revelation before his death. This makes you feel sorry, as he was so close to overturning a new leaf in his ways of thinking but his fingers could never truly grasp the pages in time.

Just like Eren, Zeke also understands the magnitude of the murders he committed. This puts Zeke into new light, who had for the most part come off as a mass murderer who really didn’t seem like killing so many in Paradis was for a cause. It is not a reach to think that perhaps his death was atonement for what he did. As we see Zeke tell Armin, true freedom might be in you fleeting moments, when you get ready to bid goodbye to the tough questions of life.

In the end, Levi’s hypothesis of killing Zeke to stop the rumbling proved correct. Yet, there was no sign of happiness on Levi’s face. Zeke had left a lasting impact on Levi, both physically and mentally, and Isayama made sure to reiterate that theme one last time. Zeke’s death was willing, taking out the aspect of revenge that Levi probably was keen to get. Not only that, the sudden end to the person who cost him his comrades and the ultimate stop to the rumbling was something that surely must be hard to process.

Zeke truly did have one of the most impactful deaths in the story. An intelligent man who’s life goal was a result of parental neglect and brainwashing, Zeke proved to be the opposite of Eren and giving us one of the most interesting sibling relationships we have seen! 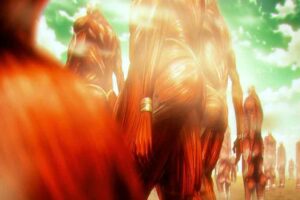 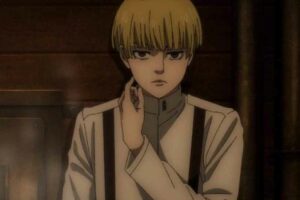 1 thought on “Attack On Titan: Is Zeke Yeager Dead?”