Not all mangakas are comfortable with killing off the protagonist of their story. But Isayama is a different breed. While the ending of chapter 137 was ambiguous regarding Eren, the current chapter more or less confirms his status. 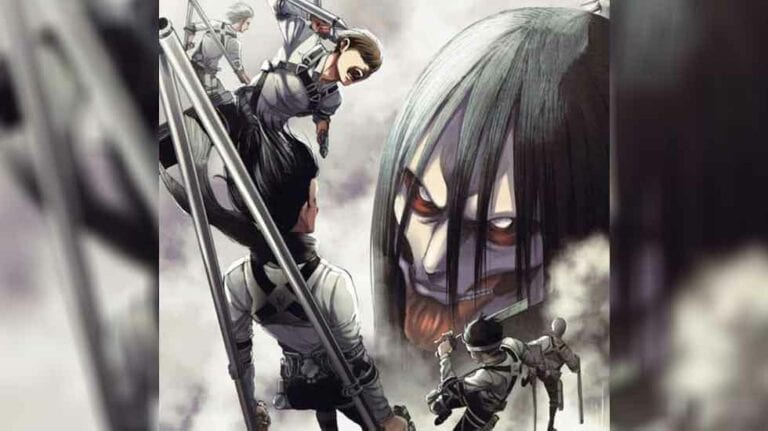 WARNING: The following article contains major spoilers from Attack on Titan chapter 139. Read ahead at your own discretion!

Attack on Titan chapter 138 had Eren pulling an ultimate comeback as he survived the explosion caused by Armin’s transformation into a Colossal Titan.

And that’s precisely why a lot of fans were not ready to accept that Eren was dead at the end of the chapter when Mikasa beheaded him.

Ymir smiling in the background was surely a red flag. Theories about Eren transferring his consciousness into his body, like Reiner did, and surviving the worst also made rounds on the internet.

However, none of those theories would come to pass as Attack on Chapter 139 confirmed the fate of the series’ main character!

As of Attack on Titan chapter 139, Eren really is dead. He was killed by Mikasa who lopped off his head. In the end, she ended up kissing his severed head. Not all mangakas are comfortable with killing off the protagonist of their story. But Isayama is a different breed.

How did things go so far?

For a second, it seemed that the worst was yet to come when Eren managed to manifest in his Titan form again at the beginning of the chapter.

To be honest, Eren’s new titan form can easily freak you out! We almost felt that the Rumbling would begin again.

But that disaster did not come to pass (not yet atleast). Mikasa, Levi and Armin ganged up to take on Eren in a quick and epic finale.

Realising that their target was inside the Titan’s mouth, Mikasa steeles her nerves, tightens the iconic scarf and goes for the kill. We have looked into her dream in detail in this article here.

It was over in one swoop. No drama. No screaming ‘EREH’. No talk-no-jutsu. Maybe the alliance realised that the time for talking was long gone. And by the time Mikasa was done, Eren stood one head short.

This felt too rushed for some reason and we were hoping to get an Eren POV in the final chapter. Well, we did get one as expected (albeit disappointing).

Eren’s side of the story

In AOT chapter 139, Eren reveals that he turned the bad guy so that he could make Armin and the alliance the heroes who saved humanity from extinction by stopping him.

In short, he wanted to die at the hands of his friends in order to guarantee their freedom. He sacrificed his life and freedom for theirs. An ending similar to Lelouch, as many would say!

While there are some inconsistencies in this turn of events, Eren nevertheless managed to achieve his goal. He was killed by the alliance.

The extinction of humanity was stopped (he only managed to kill 80% of the population). And the alliance were revered as heroes in the end.

Somehow, when the alliance were made aware of Eren’s intentions after his death, they began praising him for the “great man” he was. Apparently, the loss of 80% of humanity did not matter to them anymore.

Well, they seemed to have forgotten why the had taken up arms against Eren in the first place.

We wonder if Reiner would have had the same reaction had Eren killed Karina, Gabi and Falco during the Rumbling!

Ever since he set the Rumbling into motion, it was given that Eren would have to die. He was not someone who would give up his plan halfway.

He is someone who keeps pushing forward without caring about the consequences. Or that’s what we thought his attitude was. But somehow, it seems that he was forced to go down the path of Rumbling as a pawn.

And in the end, he accepted his death because he believed there was no way he would be forgiven.

That said; Eren’s death was a given! The only thing was when and how? What kind of losses would the alliance have to take. And let’s be frank, it was not an easy job for the alliance. They went through a lot and had to sacrifice a lot. HELL, WE WENT THROUGH A LOT!!

Connie and Jean were turned into Titans. If that was not heartbreaking, Reiner, Annie and Pieck were attacked by the very same people they wanted to protect. While the Hallucigenia was the culprit for converting the Eldians on Fort Slava into Titans, Eren too has to take his share of the blame.

Mikasa killing Eren too was expected, especially taking the dream from chapter 1 into consideration. So no real complaints there. But it was a heartbreaking moment though. Who did weep for? Was it Mikasa, was is Eren, or was it the Eremika ship that never got a chance to sail properly?

What we don’t understand is, how could a person who cared about his friends make them go through so much pain? Maybe Eren is not the person we knew anymore. His motives still remain hazy to say the least.

A lot of questions still remain to be answered. Did Isayama tie up all the loose ends in the final chapter? But the ending had a lot of things wrong with it.

Let us know your opinion on Eren’s death in the comments below!!

9 thoughts on “Attack On Titan: Is Eren Really Dead?”