The season 4 of Golden Kamuy was announced at AnimeJapan 2022 is set to release in October.

The Golden Kamuy franchise announced at its panel at AnimeJapan 2022 that Season 4 of the anime is set for an October premiere. It will be broadcasted on Tokyo MX along with other stations. 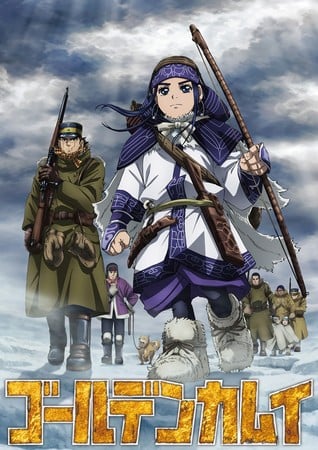 However, there are a few changes happening for this season.

The animation studio for the 4th season has been changed from Geno Studio to Brains Base. Along with Shizutaka Sugahara overtaking Hitoshi Nanba and Takumi Yamakawa replacing Kenichi Ohnuki as the Chief Director and Character Designer, respectively.

However, Noboru Takagi will be reprising the role of overseeing the series scripts.

The first anime season of Golden Kamuy aired in April 2018. The streaming site Crunchyroll simulcasted the series with English subtitles, while Funimation released the series in English dub.

The series continued with second season in the same year as season one in October. Crunchyroll and Funimation reprising their roles as streamers in a similar fashion as the first season.

The third season of the series was released two years later in October 2020. Once again, Crunchyroll and Funimation continued streaming the series as they did with its previous seasons.

Viz Media releases the manga in English, and describes the first volume:

In the early twentieth century, Russo-Japanese War veteran Saichi “Immortal” Sugimoto scratches out a meager existence during the postwar gold rush in the wilderness of Hokkaido. When he stumbles across a map to a fortune in hidden Ainu gold, he sets off on a treacherous quest to find it. But Sugimoto is not the only interested party, and everyone who knows about the gold will kill to possess it! Faced with the harsh conditions of the northern wilderness, ruthless criminals and rogue Japanese soldiers, Sugimoto will need all his skills and luck—and the help of an Ainu girl named Asirpa—to survive.

The mangaka, Noda, first published the series in Shueisha’s Young Jump magazine in 2014. The series since then has now entered its final arc in July 2020.

Subsequently, the 19th manga volume was distributed in September 2019 along with the third OVA for the Monster arc.

A fourth OVA focusing on the manga’s “forbidden” “Shiton Animal Chronicles” story was distributed with the 23rd volume in September.