Anime Original Movies Might Disappear Altogether In The Near Future, Report Says

Despite high investment, they failed to match up to their TV anime movie counterparts. 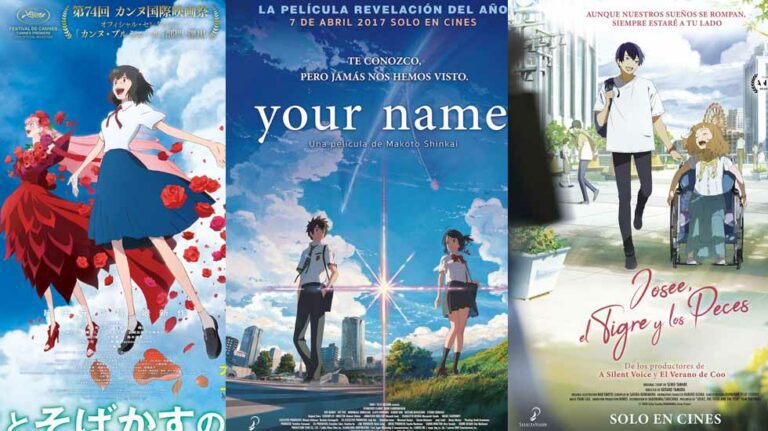 An article by Watch Movie discussed the fate of anime original movies, comparing its performance to that of the theatrical versions of the TV anime series. The article presented statistics showing that the earnings of anime original movies have drastically declined over the years, which might lead to their possible disappearance.

A comparison between the list of anime movies that earned over 500 million yen in 2016 and 2020-2021 shows the current condition of the Japanese anime movie business.

Even though more number of anime original movies were produced in 2020-21, only few managed to gross over 500 million yen. According to the article, the situation has come to this because of numerous factors including the loss of revenue due to the pandemic, production costs, and fan impressions.

One of the first concerns is the production costs and how it affects the quality of the animation work. The market price for the production of animated films is said to be 200 to 300 million yen per work, and works with high drawing costs amount to about 500 million yen excluding advertising costs.

That being, movies like Sing a bit of Harmony which garnered quite some attention on social media, and earned 200 million yen still faced a deficit of 200 million yen due to insufficient turnover. Thus they had to rely on distribution service later and sell discs to try to come out of the red zone.

Works like Josee, the Tiger and the Fish, Pompo: The Cinephile were adequately promoted to attract audiences, yet were no match for their mainstream counterparts.

A big problem that makes the difference is that there is a presence of fixed fans for mainstream TV adaptation works, unlike the original movies. As a result, even if the work is made by a renowned director, the turnover doesn’t amount to much.

If this trend continues, there is a possibility that the number of original anime movies will gradually decrease or the budget will be limited, reported Watch Movies.

Another major factor for these original works to not grow to their potential is because of the increase in high-quality TV animation works in recent years.

In fact, 2022 is already set with a solid lineup from the TV anime series starting with SLAM DUNK, ONE PIECE FILM RED, Dragon Ball Super Hero, and others.

Even though distributors use celebrities for theme songs, guest voice actors hold previews and stage greetings, and use catchphrases as well as online PR and TV advertisements, the gap between the box office revenues of major and minor works has widened.

The restrictions during the pandemic were a real bummer for original anime movies. However, luck shined for TV series movies like Demon Slayer: Mugen Train and Jujutsu Kaisen 0 which garnered over 10 billion yen.

The popularity of original animated movies sky-rocketed with Makoto Shinkai‘s Your Name in 2016 which collected a whopping 25.30 billion yen box office revenue. Before this, only Studio Ghibli and Mamoru Hosoda‘s titles had managed to gross over 3 billion yen.

Following Shinkai, many original works were released like Ride Your Wave, Hello World, Her Blue Sky, but they ended up in the red.

The Deer King, directed by Masashi Ando, which released this year was well promoted, but ended up in the 7th position in its opening week garnering only 160 million after 10 days.

Although this may seem like the end of the road for similar anime original movies, the pandemic has also opened up ways to earn more revenue in the future with the distributors planning to release the upcoming movies not only in the theatres but also on OTT platforms.

Anime original movies like A Whisker Away, Orbital Children and the upcoming movie Bubble, were decided to be pre-delivered on Netflix before the theatrical release.

Even though this decision has angered a few groups of people, experts found it to be the only rational way to stay afloat in the industry and avoid the risk of deficit. This lowers the hurdle and leads to acquiring more new fans.