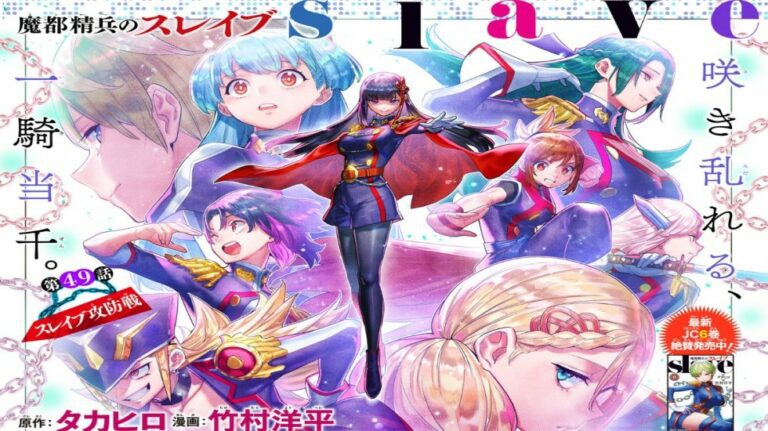 On November 19th, 2021, Shueisha announced that Mato Seihei no Slave (Slave of the Magic Capital’s Elite Troops), a Battle Fantasy Manga co-authored by Akame Ga KILL!’s Mangaka Takahiro and artist Yōhei Takemura, is getting an Anime adaptation, via the official Mato Seihei No Slave Twitter account. Release date is unknown.

The announcement included two things: a Promo Teaser (with panels from the Manga) and a Poster.

Here’s the 1st teaser to the Anime Adaptation of Mato Seihei no Slave:

The teaser poster celebrating the occasion is here:

The staff members and cast released so far are as follows:

Takemura expresses his excitement as follows:

Hirose and Kito comments as follows:

Yuya Hirose: In the TV anime “Mato Seihei no Slave” We will play the main character, Yuki Wakura! It’s a work that I personally love in various ways! It’s an insanely high-energy work with battles and rewards, so thank you for your support!

Akari Kito: I will be in charge of CV of Kyoka Uzen in the TV anime “Mato Seihei no Slave” A strong and cool team leader! Look forward to the broadcast!

When portals to a strange realm known as the “Mato” appear all across Japan, a new resource known as “Peaches” is discovered, which grants women alone exceptional abilities.

However, terrible monsters known as “Yomotsu Shuuki” inhabit the Mato and have been responsible for a number of calamities in the past. To counteract them, the government established the Anti-demon Corps, an elite group of women entrusted with power by the Peaches.

Yuuki Wakura, a high school student, was heading home from school one day when he became disoriented and became lost in a Mato entryway. When he calls for help, Kyouka Uzen, the chief of the Anti-demon Corps’ Seventh Unit, comes to his aid right away.

Recognizing his potential while also requiring him to increase the effectiveness of her Peach power, she begs Yuuki to join the Anti-demon Corps by becoming her slave, a role he may find more delightful than he had anticipated…

Apart from Akame Ga KILL! Manga and Anime, Takahiro also created the original concept for the Yuki Yuna Is a Hero anime and composed the series music for the Release the Spyce anime.

Takemura previously illustrated a manga version of Tomohiro Matsu’s Papa no Iu Koto o Kikinasai! (Listen to Me, Girls.) I Am Your Father!) series of light novels.

Be sure to check the newly created website for more details!