A 82 page Volume 0 manga for Nozaki kun will also be available for sale. 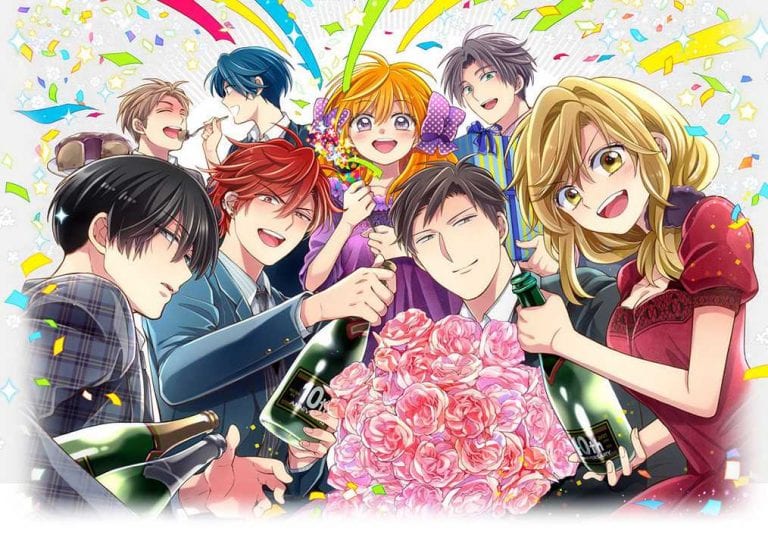 “Monthly Girl’s Nozaki-kun” will achieve 10 years of serialisation this August. A special shop will be opened for a limited time in Yurakucho Marui, Tokyo from August 7th to 23rd, 2021 to commemorate its 10th Anniversary.

Previously, Gangan Online opened a special site to commemorate the anniversary on April 15th. They have started a poll for “2nd Monthly Girls’ Nozaki-kun Best Combination Contest” which ends on May 20th 23:59 pm. 600 lucky winners of the lottery event will get various commemorative merchandise.

The commemorative shop will also reveal new exclusive merchandise on the 10th-anniversary website in June. In addition, on August 11, the latest 13 volumes and a 82 page Volume 0 manga will be available for sale. Of this special volume, 55pages will cover the story of about Umetaro Nozaki’s younger sister, Yumeko.

Apart from these, a project entitled “Nozaki Detective Agency” as a new “special” story of Nozaki-kun and Co. has started on the special site. The official Twitter account @mikoshiba0214 updated most of the information about the project.

Izumi Tsubaki, also the creator of Oresama Teacher, began serializing Monthly Girls’ Nozaki-kun in Square Enix’s online magazine Gangan Online on August 25, 2011. As of August 2020, the series has been collected into twelve tankōbon volumes. Apart from the comics, an official fan book and an anthology-manga have also been published, both on August 22, 2014. Yen Press has also announced that they had licensed the series at Sakura-Con in April 2015.

For more about the 10th Anniversary of Nozaki-kun: Gangan Online