The anime will also receive a slapstick comedy spin-off about Erika Amano. 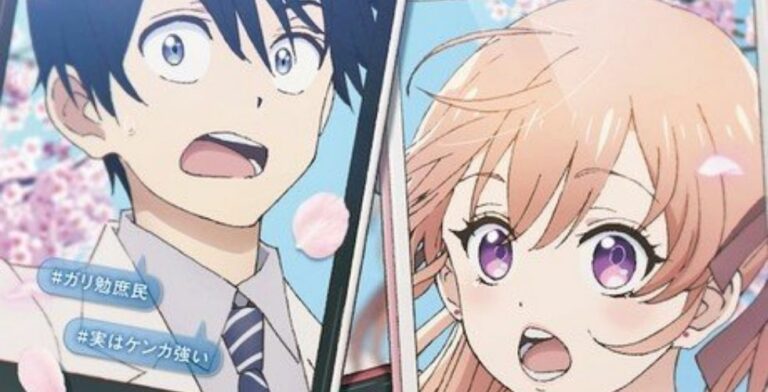 The official website of A Couple of Cuckoos (Kakkou no Inazuke) anime revealed that it will run for two cours with no break in between. The anime is set to air from April 23, 2022 on NUMAnimation programming block on TV Asahi and its affiliates.

To commemorate the broadcast of the anime, a museum exhibit featuring new audio broadcasts and goods limited to the event venue along with character standees and autographed character posters will be held at Akihabara Gamers Main store from April 27, 2022 to May 15, 2022.

A Couple of Cuckoos will also receive a spin-off mini anime titled “Kakko no Ikagen”, which is a slapstick comedy revolving around Erika who gets isekai’d to another world. It will be streamed on Kadokawa anime’s official YouTube channel from April 28.

A credit less opening video featuring the OP theme “Dekoboko” performed by Kiyoe Yoshioka of Ikimonogatari fame was also revealed along with the announcement.

The ending theme of the anime, “Shikaku Unmei”, is performed by Sangatsu no Phantasia.

Additionally, the official website also revealed that the first volume of the anime’s Blu-ray and DVD collection will release on July 27, 2022.

A Couple of Cuckoos (Kakkou no Inazuke) is a manga written and illustrated by Miki Yoshikawa. It was originally published as a one-shot in September 2019, before beginning serialization in Kodansha’s Weekly Shōnen Magazine in January 2020. The chapters have been compiled into 11 tankobon volumes as of April 2022.

Shin-Ei Animation and SynergySP are responsible for animating the series with Hiroaki Akagi and Yoshiyuki Shirahata serving as the chief director and director respectively. Yasuhiro Nakanishi is supervising the series scripts while Aya Takano is in charge of character designs.

Crunchyroll will be streaming A Couple of Cuckoos anime simultaneously with the Japanese release.

Source: Official website of A Couple of Cuckoos anime.