4 Toei Anime Broadcasts Get Delayed After Website Gets Hacked

Beginning March 20, every Toei Animation-produced shows will be delayed, however the extent of the delay has yet to be officially confirmed. 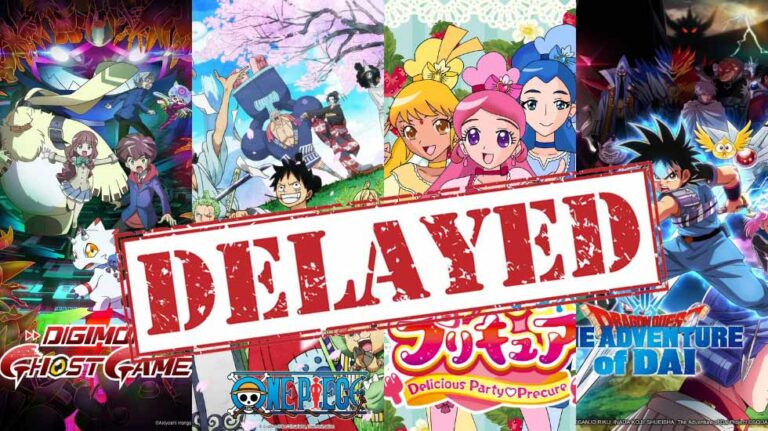 In a press release on Friday, March 11, 2022, Toei Animation announced that the production schedules for 4 anime namely- Digimon Ghost Game, One Piece, Delicious Party Pretty Cure, and Dragon Quest The Adventure of Dai were affected due to their website being hacked on Sunday.

Toei apologized to the fans for the inconvenience saying, “Details are currently under investigation, but it has been revealed that it will affect the airing schedule of our TV animations ‘Dragon Quest Dai no Daibouken’, ‘Delicious Party ♡ Precure’, ‘Digimon Ghost Game’, and ‘ONE PIECE’.

We deeply apologize to all the long-awaited fans for their concern every week.”

Beginning March 20, every Toei Animation-produced show will be delayed, however, the extent of the delay has yet to be officially confirmed.

Episode 73 of Dragon Quest: The Adventure of Dai will not run on Saturday as planned, but instead be replaced by Episode 31. The anime’s staff will announce what will air on March 19 at a later date.

According to the Delicious Party Precure Twitter account, episode 6 of the show has been postponed and will not premiere on March 13. Instead, Episode 4 will air on that day.

Toei Animation announced on Monday that its internal network was illegally accessed by a third party. As a precaution, the company has shut down its online shop to block any access from outside and stopped a part of the website.