According to him he was annoyed to watch naked high school girls in the movie who were younger than his daughter. 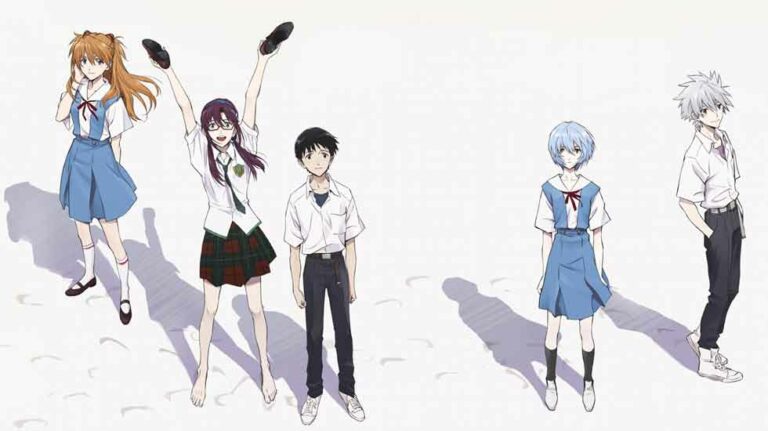 Japanese movie critic, Tomohiro Machiyama, brought up the nudity in Evangelion movies, saying that it would be annoying to watch the movie in the living room.

Machiyama questioned the nudity in the movies in his series of tweets where he reviewed the movie Evangelion: 3.0+1.0 Thrice Upon a Time.

“Eva’s new movie version of the four-part work. It’s a revolutionary event that such an abstract and personal movie sold 10 billion yen in Japan. However, if you watch all 4 of them, isn’t there too much nudity? It’s a little annoying to watch on TV in the living room when there are so many naked high school girls younger than my daughter, ” said the critic.

When a Twitter user @bibibi pointed out that such comments from a critic on “nudity” will “narrow the freedom of the film”, Machiyama replied that it is just his individual opinion.

In another tweet, he mentioned that he presumes the reason a film like Evangelion 3.0+1.0 earned 10 billion yen is due to the high level of literacy among Japanese moviegoers.

Machiyama marks the film’s success as a “revolutionary event” to have become the highest-grossing Japanese film of 2021 at 10.28 billion yen taking into consideration the complexity of the plot.

“I thought that the fact that such a symbolic and abstract movie earns 10 billion yen is because the literacy of watching movies by Japanese audiences is very high,” said Machiyama.

Evangelion: 3.0+1.0 Thrice Upon a Time is a 2021 Japanese animated science fiction film written and directed by Hideaki Anno and produced by Studio Khara. It is the fourth and final film in the Rebuild of Evangelion film series, part of the Neon Genesis Evangelion franchise.