Communist Party In Japan And Animanga Industry: A Thread 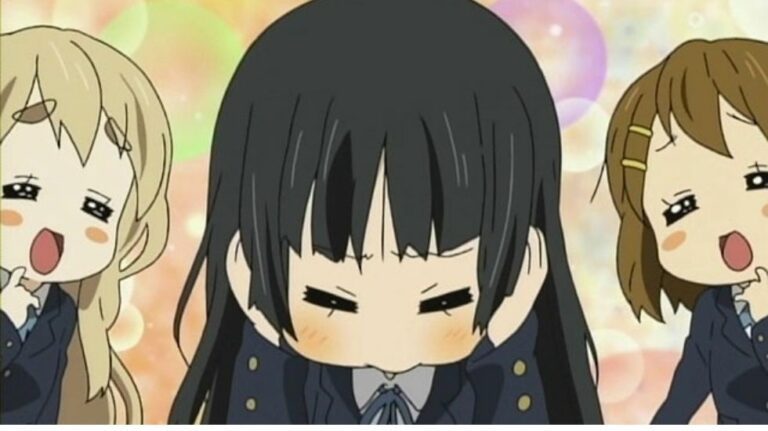 With the 49th General Election of Members of the House of Representatives of Japan coming up, the official site of the Communist Party of Japan(JCP) shared an update, revealing that they intend to increase regularization in the manga and anime industries in the country.

To get things rolling, on October 4 Japan’s ruling Liberal Democratic Party (LDP) announced Fumio Kishida as Prime Minister of Japan who showed interest in the anime and manga industry’s well-being that won the heart of the masses.

Following the trend coincidentally, the Communist Party of Japan(JCP) showed grave interest in Japan’s pop-culture businesses looking out for holes their predecessors have missed to make anime and manga more acceptable for the foreign countries.

JCP Talks About “Child Pornography” in Manga and Anime

Under the 2021 General Election Policy List by Sector posted on Oct. 18, a fragment of the policy “Women and gender” referred to the regularization of allowing the commercialization and sexual exploitation of women’s sexuality and personality.

They pressed upon the topic of “Child Pornography” deeming it as is the worst of the “commercialization of sex” in use throughout the country.

According to the official update, the current law does not regulate “non-existent child pornography” through manga, anime, CG, videos, and SNS and Japan have been internationally named as one of the leading producers of such products.

That is why the United Nations Human Rights Council Special Rapporteur and others (2016) recommended taking more in-depth steps to properly regulate them.

Thus, they stated that JCP aims to protect freedom of expression and privacy while also working to create a society in which “it is not permitted for children to become the targets of sexual abuse and exploitation.”

Writer, editor Ryutoku Tokushige(@tatsunoritoku) pointed out the differences in the policies of the JCP from 2013 when it comes to the opinion for “freedom of expression” on cultural aspects.

In 2013, The Japan Cartoonists Association and the Japan Manga Publishers Association have expressed harsh opposition to the “revision” proposal for the Japanese government, of which one of the opinions stated that over-regulation can lead to atrophy of expression and can result in the destruction of Japan’s proud form of expression.

The Communist Party’s change in direction toward non-existent child pornography has been talked about, but when comparing policies, it has changed 180 degrees in eight years.

To further clarify the controversy, Yoshiko Kira, a permanent executive member of the Japanese Communist Party, made a live appearance on 20th October on ABEMA prime.

The Japanese Communist Party (JCP) has proposed that the term “child pornography” be changed to “depictions of child sexual abuse” in 2014 to more accurately describe the actual damage that takes place, else it puts it in a place that is invisible to children and the general public about this topic.

If through a debate these products come out to be non-profitable in adding value to the country’s economy, then creators will have to decline the idea as a whole.

It is to believe that such discussions are important for the creators and lovers of manga, anime, games, etc. in order to protect their freedom of expression against legal restrictions that are promulgated under the guise of “restricting child pornography.”

An inactive politician who ran in the 2016 Tokyo gubernatorial elections, Shougo Takahashi voiced his opinion through an article on his personal blog on Oct. 22 enquiring the Communist Party of Japan, about their policies of “ regularization ”of the manga and anime industry.

He contacted JCP through a phone call and in his blog he emphasized that the doujinshi Comic Market (Comiket) event was mentioned .

During the telephone consultation, JCP’s representative outright commented that “there are many manga and animations sold in the Comic Market (Comiket) that sexually abuse and exploit minors and that they should be regulated.”

The above video at 0:35 is proof that JCP is targeting Comiket and similar events and reconsidering the rules to be allowed in the upcoming years.

However, they contradicted themselves soon in a statement :

Japanese Communist Party has never considered the Comic Market or similar events as the subject of “criticism.” Rather, we should actively support and support the comic market as a place for the development of Japanese manga culture and the exchange of young people.

The Japanese platform ABEMA Prime will hold a debate prior to the 2021 General Elections of Japan on October 31 and where the 465 seats of the House of Representatives, which is the Lower House of the Japanese Parliament, will be selected.

It should be noted that currently, the Communist Party of Japan occupies twelve seats in the House of Representatives and thirteen in the House of Councilors, representing 2.58% and 5.30% of both houses, respectively.