The December issue of monthly shonen ace will feature Nichijō on the front cover, and the new chapter will have an opening color page. 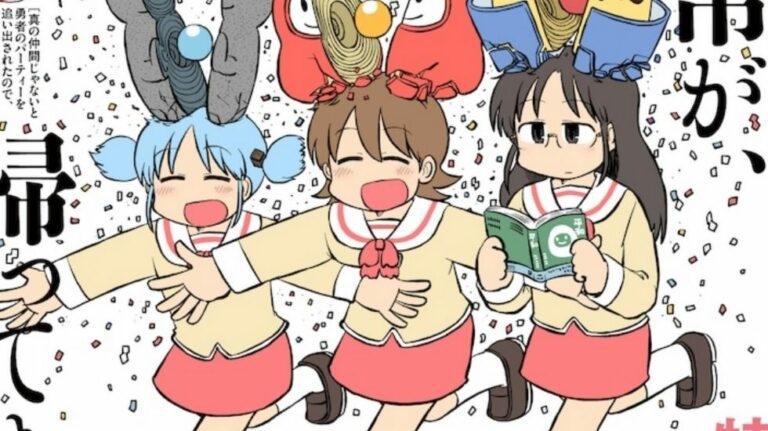 Kadokawa’s Monthly Shōnen Ace revealed on Wednesday through a Twitter post that Keiichi Arawi will resume his Nichijō manga in the December issue from October 26.

Shonen Ace made the announcement by retweeting Arawi’s update which translates to:

“I want to draw, so I will resume the serialization of “Nichijou”.”

The manga is celebrating the 27th anniversary of the magazine.

The December issue (pictured above) will feature Nichijō on the front cover, and the new chapter will have an opening color page.

Additionally, a supplement for the issue will also feature another work of Arawi, and the issue will bundle a special mask case featuring a drawing by Arawi.

The November issue of Kadokawa’s Monthly Shōnen Ace magazine had already teased last month that Arawi would publish a manga in the magazine’s December issue. However, no details on the format of the work were available then.

The manga began serialization in the December 2006 issue of Kadokawa Shoten’s manga magazine Shōnen Ace, and was also serialized in Comptiq between the March 2007 and July 2008 issues.

Kadokawa Shoten later published all chapters of the series’ initial run in ten tankōbon volumes from July 2007 to December 2015.