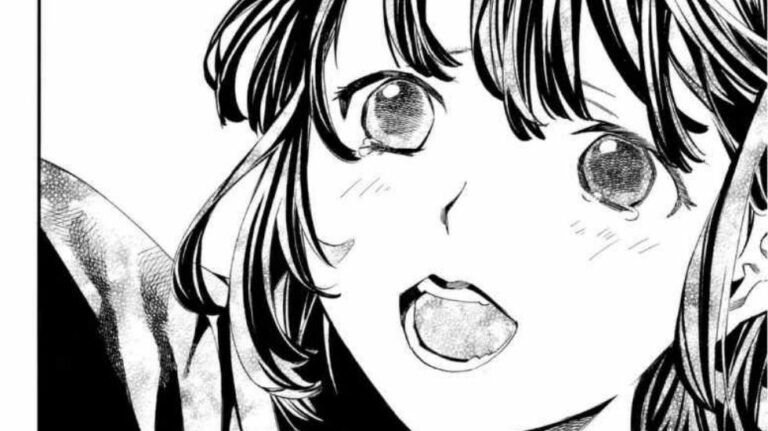 Ok before we dive right into the nitty gritties of chapter 96-2 of Noragami, let’s take a moment to savor how beautiful the 24th Volume cover of Adachitoka’s manga is!

Look at our kawaii duo Hiyori and Mizuchi! Nora has recently joined the good guys party, nonetheless, Hiyori looks really determined to put an end to this long dragging chaos which of course will come at a price(nervous laughs).

Chapter 96 gave us a glimpse of how distant Yato and Yukine have become that even calling his vessel did not work; that Father’s charming dark influence has run too deep into Hagusa to restrict him from even thinking about going back.

Chapter 96-2, continues the parade of Trash dad’s manipulation no Jutsu with new action sequences featuring our godly friends from the Heavens Arc and another cliffhanger we were not ready for.

So, without further ado, let’s dig in!

First off, Chapter 96-2 starts with immense stupidity. Amaterasu’s handpicked assassins Kagutsuchi, Shinatsuhiko, Yatagarasu, and Okuninushi are here, but, what the hell man?

Gods are especially powerful and that is why they use shinki to minimalize their wrath of the raging spirit.

And that is all the reason why they needed to be careful without their shinki to not damage the Near Shore. Yet, I guess they were all in a hurry to think rationally to capture Father, and as a result created an earthquake.

As Heaven’s cult followers they are aware that the Near Shore has nothing to do with what is happening up above, however, the collateral damage that occurs are people’s lives. And those are the people who keeps the Gods alive.

Shinatsuhiko talks about being just with their judgement. But what exactly are they waging to keep the mortal realm safe? So without fail, those accumulated agony, grief and anger were ought to give rise to someone like Father.

And with Hagusa’s net spread around won’t the Gods get caught for their crimes? They should, shouldn’t they? That would be a fair judgment, I believe.

The events portrayed in Noragami chapter 96-2 only solidify the misgivings Father presented about the heavens and their judgement. Once you know that natural disasters and other calamities have a face associated with them, it becomes impossible to not hate it, or even fight it.

I thought Nora was a smart girl who was happy to be with Hiyori, away from Father’s sneaky tactics and ignorant behaviour. What she needed was love, care and compassion which Hiyori was ready to give like an elder sister.

But I guess acceptance from the one who named Mizuchi was much more important to her than any of those things. But that’s just one way to look at it.

We could go on and on about how children suffering from abandonment issues and looking for parental love tend to react in similar ways to Nora. However, what’s important here is that Chiki going back to Father has completely changed the scenario.

Also another thing to notice in chapter 96 is that Yato calls out for Yukine; but Yukine’s mind is too cluttered with his past. In chapter 96-2, Father calls out for Mizuchi to which she gladly accepts as she regains her value in Father’s eyes.

I’m glad Nora has realized that Father is just trying to manipulate her. Many readers are upset about her going back to him, but I don’t think that’s just going to negate all her development.

Look at those innocent eyes. Classic face of a child who has been manipulated, used and abused when their abusive parent shows the slightest fake sign of affection. This is heartbreaking.

Just let her go and wait for her to realize just how empty happiness with him is, and how much more fulfilling it is to be around Hiyori and the others.

She’ll snap out of it, but the question is when.

By the way, Twitter user @kanotototori is the best. I just had to include this here. Sorry guys(not sorry).

So, Chiki returns to Father and boy, that is bad news. But then you already know that. This is the Crafter Amaterasu was afraid of and that is why she sent the four assasins without their Shinki.

On top of that, with Mizuchi on the same side, the Crafter is now doubly strong. Hagusa is still evolving and he even gave Trash dad an upgrade on his wardrobe collection. The assassins should buck up.

The final panel of Noragami chapter 96-2 is not very reassuring too. That seemed like a death blow to Shinatsuhiko. Considering that she has her shinki with her, that hit is going to be critical.

You could say it was their fault. You could say she deserved it. This was not the time to call their shinkis when you are not even sure if the Crafter is executed. Dammit, they got a death wish it seems. Have Shinatsuhiko and Kagutsuchi gone mad?

But then, it is easy to understand their concerns too. Their actions stemmed from a noble intention, and now that is causing them pain. Adachitoka know how to weave in pain and trauma everywhere.

Speaking of pain, Okuninushi was not a god I was expecting to kick the bucket in this chaos. But since his body is still there, I think the dangerous spider has only been knocked out for now.

He is probably unconscious from the Chiki’s blow and I believe it will take much more to eliminate the first king of Nakatsukuni.

However, that small monologue about how the heaven fought Okuninushi and how it changed him from being viewed as a calamity to being idolized and worshipped caught my attention.

We do know Heavens have a subjugating mentality. All these small panels and information only add to that fact. But then, what needs to be seen is if Okuninushi decides to not hold back go all in, if he regains consciousness.

Nonetheless, if Okuninushi reincarnates imagine the cute moments chibi Ebi and lil Ookuni will have! Ebisu might also get to boss around the Terrestrial Spider. Lol.

I would like to borrow the words of Reddit user @Jamir_wolf, “This manga ain’t the nihilistic Attack on Titan but it ain’t the upbeat and consequence free Dragon Ball either. It aims at being its own hopeful but bittersweet tearjerker warning us already that heartstrings shall be pulled.”

The more I read, the more my love for Adachitoka’s writing just blossoms. Fingers crossed, the story ends doing justice to every character.

Anyways, the next chapter is going to be a hell hole. The remaining assassin gods will see their dark days;shinkis turning into ayakashis left and right.

Father is now on his high horse and won’t stop until he is satisfied with his culling. Let’s just hope Amaterasu and Yato shows something new.

Fans were not really happy with this chapter but that does not apply to me. As a reader, I really enjoyed this rush and the sudden change on pace. I hope we get more chapters like this!

What are your thoughts on this chapter? Let us know in the comments! 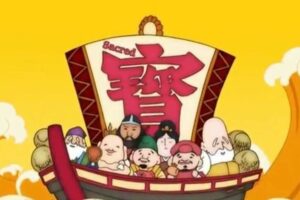