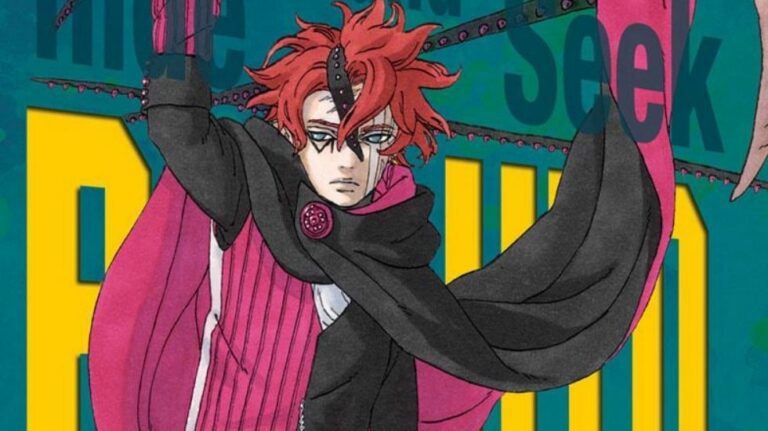 Chapter 62 of the Boruto manga has left the fans with a lot of questions, especially about both, the current arc and the future of the series! So, let’s not waste any time and get right into the analysis!

Boruto Chapter 62 starts off with Kawaki heading out of the village, while Boruto was stuck in a dilemma! Does he tell Naruto about what happened? Or does he let Kawaki do as he pleases?

Well, it seems like our protagonist didn’t give much thought to it, he just did what he felt like!

However, this was easier said than done. The sensory ninja on duty wouldn’t believe him, and Naruto didn’t either! But, Naruto was serious about this as soon as Boruto said that Kawaki was erasing his chakra nature!

He contacted the sensory unit and alerted Shikamaru as well. However, he was still doubtful about all of this.

After all, how could Kawaki achieve something as complex as erasing his chakra signature? He can barely create a few shadow clones after all!

I’m sure that Naruto felt like it would’ve been as hard same as when Jiraya pushed him from a mountain, hoping that he can use the summoning jutsu!

Nonetheless, the Hokage makes his way into the duo’s room, and Kawaki isn’t there. This would obviously feel like the two plotted something so that one of them can sneak away!

However, the sensory ninja arrives at that very moment, confused as to where Kawaki’s chakra went! This confirms that Kawaki did erase his chakra signature!

Still, the Hokage decides to rely on the sensory unit and other Konoha ninjas instead of Boruto, who can sense the boy for some unknown reason.

This was a turn-off for many people since Naruto’s decision doesn’t seem to make much sense. If Sasuke would’ve been in this situation, then he would’ve instantly let Boruto take the lead.

Whereas, it seems like Naruto still sees Boruto as a child, which is natural; as he’s a father.

Even though it may seem like I’m defending Naruto, I’m not a fan of this direction either. Naruto could’ve easily activated his SOSP mode and sensed Kawaki in a fraction of a second!

Well, the story can’t continue without plot convenience I guess!

As you’d expect, Boruto isn’t listening to any of his old man’s crap, so he tries to chase Kawaki; hoping that the Sensory Unit will follow his chakra and find the two!

The scene then shifts to the bratty child who has created all of this ruckus, Kawaki!

As Kawaki was running through the forest, he notices Code, and instantly goes on the attack. They battle for a few seconds, which Kawaki loses, obviously.

Kawaki says that he has come out of the village to talk to our now main villain Code! He also says that he attacked him because he didn’t expect him to come so soon!

This is just a small detail; showing that everybody’s calculations about what Code’s doing are a little off! This implies that somebody is assisting him in some way, and we all know who that is!

Coming back to Kawaki’s “talk”, he wants to negotiate with Code. He says that he was the one who killed Isshiki, so he asks the Otsutsuki’s loyal follower to kill him to enact his revenge, and leave Konoha and everybody else out of it.

Wow, Kawaki’s trying to learn the famed Talk No Jutsu from his father as well, that’s some dedication. Unfortunately, it doesn’t quite work out for him!

Instead, he gets thrashed around by Code, who has a disappointed look on his face. Code seems to be enjoying this, while Eida is worried about her love.

Another important matter to remember in the midst of all this is our enigmatic Amado! He certainly expected Kawaki to take this decision.

He had already put the point of getting another Karma in the boy’s mind. If he were to reject Amado, then this seems like the only option!

This is what Amado was talking about during his conversation with Shikamaru, where he said that there’s only a fine line between love and feelings like obsession.

From this point on, Code explains what he’s going to do, and how!

The new main antagonist explains that Kawaki’s offer is worthless. He is going to carry on Isshiki’s will; meaning that he will harvest the chakra fruit!

Hence, Naruto and the others are going to die anyway, it’s just that he wants to kill them with his own hands!

Code also mentions that Kawaki or someone else could save themselves if they were to enter a different dimension. This is a very important point, which we’ll explore later in the article!

Coming back to Code, you can see that he’s disgusted by Kawaki’s decision. I mean, it does make zero sense! What if he didn’t keep his promise and went ahead with his plan? Just naive.

With that said, the new leader of Kara tells Kawaki that while it is odd, he doesn’t intend to kill him. It really irks him, but somehow he ends up being wanted by somebody.

With that out of the way, he says “You’re coming with me” and is about to use his mark to teleport back to Eida! But, he’s stopped by Boruto, who managed to arrive in the nick of time!

With this, the chapter ends! But wait! We still have a lot to take in! Let’s understand how Code’s speech changes the tide of the story!

Speculations for the future:

For the longest time, people have been wondering how we got to the first page of the manga, where Boruto and Kawaki and fighting each other, and Naruto is gone, somewhere.

Many expected Kawaki to be a ruthless antagonist, but a major curveball changed everything. Naruto’s sealing during the Vessel Arc was another bamboozle that sucked the soul out of Naruto fans!

With that said, we finally have some direction for what may happen in the future! There are a few things that could happen, so let’s take a look at them!

Code said that Kawaki could save himself if he were to escape into another dimension when he harvests the chakra fruit!

This is probably how and Eida came to terms with their dealings, as Code gets his revenge and Eida gets her love.

So, how does this connect to the first panel, you ask?

Well, it is pretty simple. Kawaki uses this exact same formula to save Naruto! We all know that nothing matters more than Naruto for our boy.

If things were to escalate even more, then Kawaki could keep this as his backup plan. Say, if Sasuke dies, then Code’s victory is essentially guaranteed.

In such a scenario, Kawaki might forcefully send Naruto to another dimension to keep him safe. So, where does Boruto come in all of this?

This is the tricky part, as Boruto must be dead if Code gets the chakra fruit! So, let’s work around this one and change a few things!

There are numerous possibilities floating around as to how Kawaki will get his Karma seal again.

Before you simply discard this one, remember that we don’t know much about the Karma seal yet. There’s a good possibility that a perfect vessel like Kawaki has the ability to absorb the Karma seal and use it as his own!

If this is true, then Kawaki can steal Code’s Karma seal and then put an end to Eida and Daemon’s shenanigans as well!

Or, Eida might just play a significant role in all of this!

It will be near impossible for Eida to win over Kawaki if she’s going to let Code kill Naruto!

Hence, there’s a good chance that during the climax of the story/arc, Eida will backstab Code; and then help Kawaki to somehow save the Hokage, at least.

This way, Kawaki will have to resort to any way that guarantees his father’s safety, and this is where Boruto and Kawaki might clash!

It shouldn’t be possible for Kawaki to steal Code’s karma easily. A sacrifice would be a must.

You guys know where this is going.

Kawaki might just sack Sasuke as bait/pawn or something and capitalize on the moment to gain Code’s, or rather Isshiki’s powers!

This will obviously enrage Boruto, who has a strong bond with his master. This also connects with the dialogue where Kawaki says that the age of shinobi is over since most of the world should have been destroyed by now, and Kages dead except for the Hokage.

Here, Boruto will still hang on to his shinobi ideals, and fight for them against Kawaki, and this fight might decide how the ninja world comes to be in the future!

As you can see, Boruto’s involvement still remains to be a big question mark, as there are almost zero leads for it. Momoshiki is someone to keep an eye on as well, as he obviously won’t just let Code use him as a sacrifice!

There’s Amado to consider as well, we don’t know what he’s up to either. He might just help Kawaki in some way to get things done in their or his favor!

With this, I think that we’ve covered what happened in the chapter and what could ensue in the future! Do you have something to add? Be sure to let us know in the comments below!