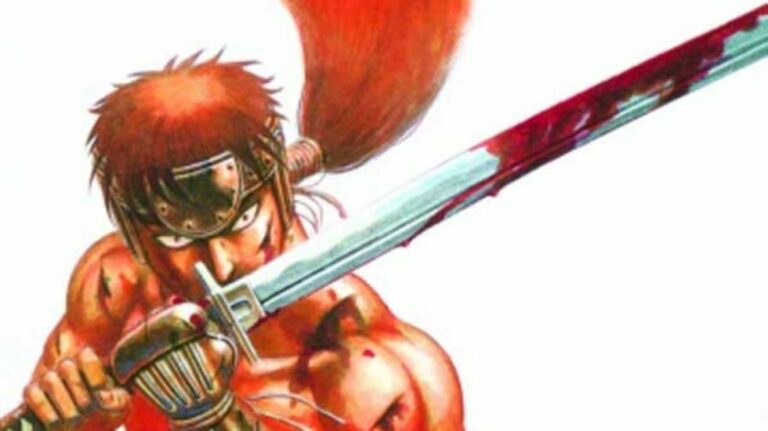 After the sudden demise of the genius author of Berserk, Kentaro Miura, the editorial department of Young Animal at Hakusensha decided to unearth the lesser-known works of the author to pay a tribute to him. Little did fans know, Miura has also worked on a few hidden gems other than Berserk, which includes the one with Fist of the North Star creator Buronson.

King of Wolves was the first collaborative work of Miura as the illustrator with Buronson writing the manga script. King of Wolves manga serialized for only one volume in Monthly Animal House in 1989.

To celebrate the life of Miura, Hakusensha will re-release the series in the next few issues of Young Animal Zero, with the first 80-page chapter coming in the October 1 issue, which releases on September 13. However, no information is available in regard to Miura’s other works also releasing in the future.

King of Wolves saw a sequel released in 1990 under the title of Oro Den (the original series named “Oro” in Japanese, which can translate to “King Wolf” in English). Dark Horse Comics released both series’ in English, describing the first as such:

A bright-spirited young historical scholar, Iba, disappears while on a lone expedition to study the ancient Silk Road. A year later his girlfriend, Kyoko, sets out for the Silk Road in order to find clues that will help to unravel the mystery of Iba’s disappearance. When she arrives, she finds the charm she gave Iba for protection and moments later she is sucked into a black vortex and loses consciousness. Koyoko awakes to find herself in a very different place and discovers that that Iba is not only alive but is a warrior-slave under the reign of Genghis Khan in 13th century Mongolia! At last, when Iba and Kyoko reunite, they find that there are a series of fates, crueler than the ones they have already endured, awaiting them…

The official website for Young Animal announced last month that the magazine’s 18th issue will pay tribute to the late Berserk creator featuring chapter 364 of Miura’s legendary series as well as a special memorial booklet and special color poster which will release on tomorrow, September 10, 2021.

To honor the 32 years of Kentaro Miura’s career, Hakusensha also announced the “Dai Berserk-ten (Great Berserk Exhibition)”, containing hundreds of original sketches, art, manuscripts, and other artifacts including the long history of Berserk along with an art book will be on sale that will feature unseen work by the mangaka, as well as a new interview.