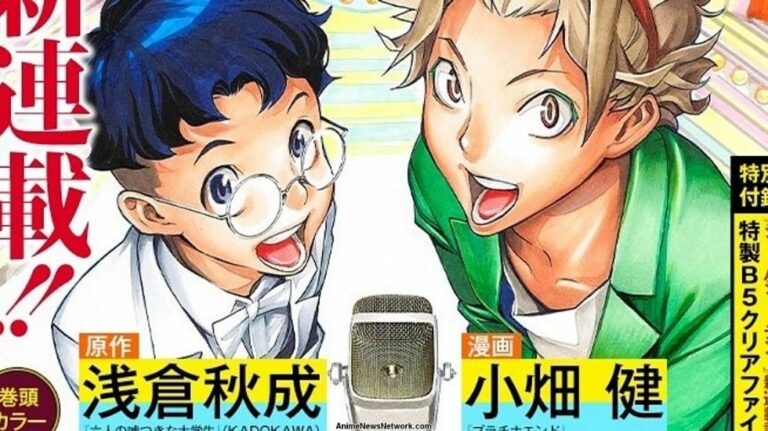 No time to catch a breath! The manga artist of Death Note, Bakuman and the likes, Takeshi Obata is hyped to come out with a new manga titled Shōha Shōten! with novelist Akinari Asakura (Rokunin no Uso-tsuki-na Daigakusei). The manga will launch in the magazine’s next issue on October 4 centering on a high school student who sends material to programs and a former child actor, who two teams up to become an aspiring comedian duo, reported Shueisha’s Jump SQ.

Here is a first look at the new manga Shōha Shōten:

Before this project Obata was busy with his usual collaborator, Tsugumi Ohba, working on the manga Platinum End. They concluded it in January 2021, after initially starting it in 2015. The manga’s 14th and final compiled book volume shipped on February 4.

Obata and Ohba serialized Death Note from 2003 to 2006 and Bakuman. from 2008 to 2012, both in Shueisha’s Weekly Shonen Jump magazine. Viz Media publishes both in North America. Both mangas have inspired anime and live-action adaptations.