Demon Slayer: Kimetsu No Yaiba Collaborates With 105 Teams From Every Major League In Japan

The "Sports 2021" Project will be one of the biggest collaborations the country has ever seen. 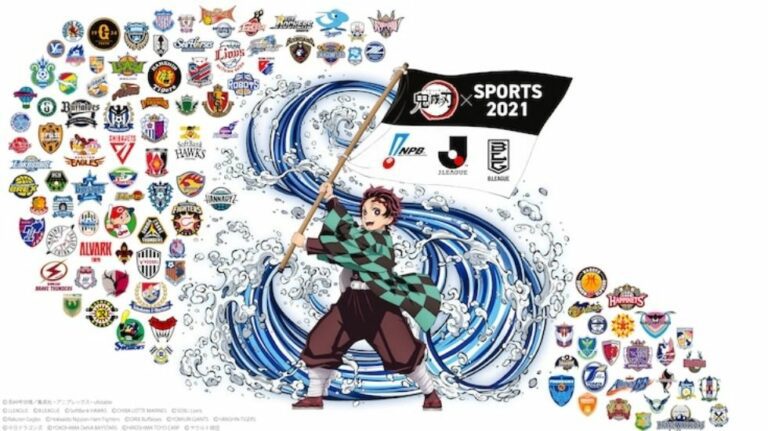 Looking at the recent collaboration of Ufotable’s Demon Slayer with every single team of Japan’s major leagues, it seems the Olympics spirit full of animanga touches has not yet disappeared completely. The “SPORTS 2021” Project will be one of the biggest collaborations the country has ever seen.

The soccer J League, the basketball B.League, and Nippon Professional Baseball will collab with the franchise for a digital stamp rally that encompasses all 105 teams in the leagues.

During the digital stamp rally of the collaboration period, participants can get up to 5 original merchandise by scanning the QR code installed at each team’s match venue and collecting stamps. The QR codes for Nippon Professional Baseball are up first from August 13 to October 21, then the J League from September 10 to December 5, and finally the B.League from October 2 to December 26.

tHe 105 Teams will also be collaborating with Demon Slayer: Kimetsu no Yaiba for exclusive illustrations and merchandise, for example, the Rakuten Eagles who released the below image today.

More events and collaborations between the series and sports will be happening over the next few months, with all the information available on the official website.