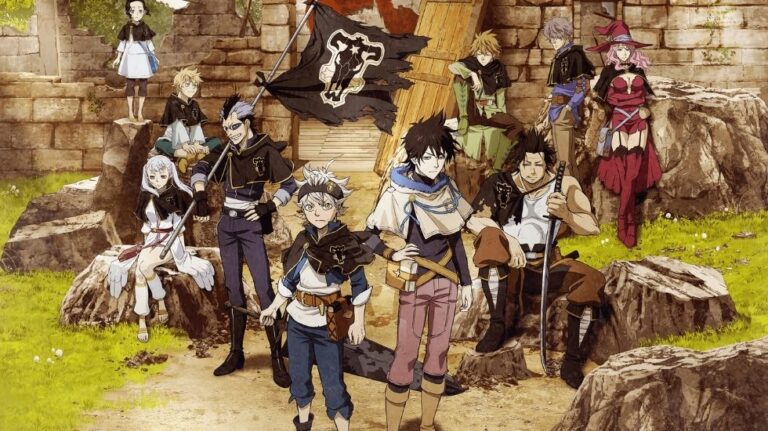 If there is one thing the Black Clover anime can and should boast about is its music.

Evidently, or a long-running series, openings and endings play a crucial role. We have seen OSTs from several legendary series become their legacy. Their fans are attached to the OST library because it brings back memories.

Ever since the first opening, the anime has never disappointed fans with banger openings and endings.

It has maintained a great standard and quality of music, which just might be another legacy in the making. Naturally, the fans love these openings and endings too.

And if you read the title, you know that this article ranks all the openings and endings from the series! Before we start, this ranking was extremely hard to decide.

I think I speak for all Black Clover fans when I say every opening and ending holds a different place. So, this ranking is based on personal preference of “best” to “not the best, but great.” Because all of them are just so incredible!

With that done, let’s begin!

Black Clover constantly amazes us with opening sequences filled with action. All of them usually portray the arc they follow and the characters in focus. So far, the anime has released thirteen openings as of Episode 170. Here is a pretty subjective ranking for them:

The sixth opening featured the Royal Knights in focus. It was a preface for the Royal Knights exam arc with some pretty cool animation. Moreover, the special attacks of all the candidates were sewn in really well.

Mereoleona feature! This opening was pretty chill and happy sounding compared to the other openings. Ironically, it was the opening for the grim elves vs. humans arc. So, it also showed the elves in the sequence.

The latest opening post-time skip is another amazing one. All our favorite characters with the new designs appearing in the video hyped us up, didn’t they? In fact, this opening was perfect for kicking off the Spade Kingdom arc.

NOTHING to say other than this is undoubtedly the best opening for this arc. And the action in the sequence itself is top-class! The hype is real whenever there is Mereoleona around.

Gamushara is another widely loved opening in the fandom. And rightfully so, as the Black Bulls grace it! The juxtaposition of imagery in this sequence is beautiful as well.

So badass. That is, that’s the caption.

None of us can EVER skip this opening. Although that applies to all the openings, this song is on another level!

Animation. Music. Black Bulls. I had goosebumps the first time I saw this opening because of how GOOD it is! And I bet you can’t go without singing “Guess who is back” at random times.

Well, I won’t lie when I say I don’t know how even to say the name of this song. xD But, JUSTadICE is another very popular opening! A lot of people even rank it at #1!

The first opening has become the signature theme for Black Clover, and rightfully so. Even though it is old, it invokes a lot of nostalgia in us. So, whenever Asta and Yuno fight against a villain, it is over the moment Haruka Mirai starts playing. :p

Another serene opening, but you can’t help going “so nando mo, nando mo” every time it comes up after some time. In fact, this opening an amazingly emotional sequence of Asta and Yuno running next to each other. Surprisingly, it also won the last poll of the best Black Clover opening on Crunchyroll.

Vickeblanka gave us this absolute banger that still goes on in our heads. This song is truly a gem in the Black Clover OSTs.

Undoubtedly, most of the fandom agrees that Black Catcher is the best opening of Black Clover. Only Vickeblanka could have outdone Vickeblanka, evidently. Even non-watchers know about this opening, and the animation is top-notch.

I was truly a little concerned when CBR ranked this at 8th place in the top 10 openings. Black Catcher deserves better!

We are done with the openings, so now it is time to rank the endings. Most of the ending songs are emotional and slow songs. Without a doubt, they strike our heartstrings with their beautiful arrangements.

Starting off with this ending that shows us Asta and all the people important to him. We are really not used to seeing Asta looking this downhearted. So, the animation makes us have a lump in our throat.

Asta, drop your Wizard King dream and become a singer instead! Well, jokes aside. Asta’s voice actor truly brought out all his emotions for this gorgeous ending song. Actually, we would love to hear more from him in the future in songs!

If you are a big Black Clover fan, you know what I mean by the next sentence. Whenever we see Asta and Yuno do their iconic fist bump, my emotions swell up. And on top of that, we see baby Asta and Yuno making it an emotional one for the Spade Kingdom arc. It was basically saying that they might have changed in appearance, but deep down, nothing has changed.

I was so glad to see Zora in this ending! He is a fantastic character and deserved his screentime, right?! And the lyrics fit him so well too!

The cutest animation from all the endings. It was such a creative idea to accompany this soft song!

Amazing Dreams is an opening among endings. xD No, but this ending is a pleasant surprise of hype! Well, not that we are complaining. Although the animation is simple, the song itself is a bop!

Old but gold. Aoi Honoo is proof that Black Clover has had great songs since the beginning.

Noelle-chan is always a treat to watch, is she not? This song is a super emotional one that feels like it came from Noelle herself. Also, some hints of Asta and Noelle’s relationship here!

It is no coincidence that this ending heavily features Secre. It defines her because, as Asta’s companion, she began a new page of her life. And the last part of shy Secre is the BEST!

It is so insane how Black Clover manages to leave us in awe with animation. Albeit sometimes in not the best way. But this ending features only Asta and Yuno but still lands.

This ending might be the weirdest. But it gets stuck in your head very quickly. The beginning, especially, feels like it transports us to another dimension entirely.

The Charm Park never misses a chance to deliver the perfect OSTs. Hana ga Saku Michi is just another masterpiece under their belt.

Another mostly unanimous agreement of the best ending. “four,” makes us so emotional with the slow and beautiful vocals. The addition of Kahono to this song is a blessing as well!

Yosh, with that, we’re done! So, what do you think of this list? As I said before, there are no bad songs on this list. I am sure you might have a different ranking of the best Black Clover openings and endings. Comment down your list of the best, so we can read it too!