While introducing a sensing ability and yet another chase as well, Choujin X Chapter 5 finally sets the stage for Tokio to meet Ely. Will they team up to defeat the snake girl? 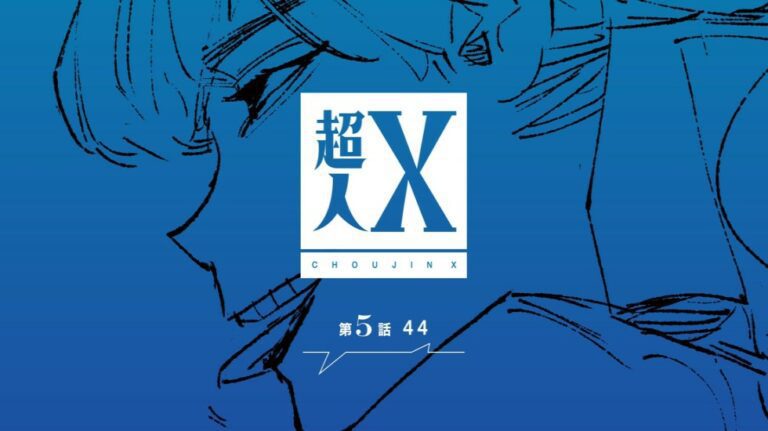 Sui Ishida is a monster! A tank that doesn’t run out of fuel
Ishida-Sensei is spoiling us with fast releases. He needs to calm down.
Woah! Slow down there Sensei! Give us time to prepare ourselves.

These are some of the reactions of fans when the Tokyo Ghoul Mangaka went on a roll with Chapter drops. I did mention in my last chapter’s review that he’d be ready with Chapter 5 very soon. Just look at him chillin’ while streaming video games on his YouTube channel. I won’t be surprised if he’s ready with Chapter 6 already…

Coming back to our main topic, Chapter 4 introduced a brand new power and a snake Choujin. Tokio finds himself in Kaneki’s shoes as Nari gives him his first “kiss” by swallowing his head. The Junpei look-alike is terrified and begins to flee. However, snake girl is hot on his tail, putting him and his abilities to the test (another chase scene). How would Tokio get himself out of this? Read on as I break my head to make sense of the latest chapter of Tokyo Ghoul’s sister series – Analyzing Choujin X Chapter 5!

Nari says she’s been looking for our buzzard boy, and she later picked up on his signal. More Choujin power tidbits – when they use it, other nearby Choujins can sense their respective signals. A tingly feeling ran through Tokio’s neck as he felt Nari’s signal in chapter 4.

Not gonna lie, this immediately reminded me of the Universe 6 Saiyans’ tingly feeling in Dragon Ball Super. Wrong chain of thoughts isn’t it?

I reckon this is how Chandra Hume identified Ely’s location in chapter 2. With his ability to fly using smoke, Chandra could have easily caught up with Ely. But he didn’t. Why is that? Maybe he saw this as an opportunity to test Ely’s powers? He did say “You’ve passed”. Here’s a wild notion – What if Chandra was instructed (just like Nari) to capture Ely? Furuta 2.0 might have seen that news about the plane crash and the survivors. These occurrences appear too similar to be unrelated. It can’t be a fluke.

There’s a clear difference between the Bestial Choujin & the Smoke Choujin in training. If you analyze their qualities as pointed out by their respective predators, we see how exactly Ely passed and Tokio failed.

With the exception of one quality, Ely possessed everything Tokio lacked. Persistence is the most important quality for comparison. Tokio lacked the persistence/mutability to change his over-dependence nature and overcome his inferiority complex. Ely, on the other hand, had the persistence to fight for her dreams and live on. Ely is a fighter, whereas Tokio is a chicken. He lacked the “necessary abilities” to be worthy of the antagonists’ attention, whereas Ely appears to have them.

Now let’s shift our attention to the chase. The snake girl said, if Tokio failed, she’d kill him. But I don’t think she would. She doesn’t give a damn about him. The contract with masked man didn’t say she should kill him if deemed unworthy. But that “buh-bye” can be interpreted in two ways. Buh-bye I walk away or buh-bye you’re gonna die.

Nari gives Tokio a 10-second head start. There are no weird goat-masked bikers around. No tractors or Roller Boy Yay-Yays for Tokio to speed things up. He had to rely on the old fashion way:

And they’re off! Tokio is running with all his might whereas Nari is casually slithering forward. Now here is another difference I observed. Tokio is a Bestial Choujin and Nari is the snake counterpart. This girl can control her Choujin powers better than Tokio. If Nari can morph into a full-fledged snake, using all of its traits, then Tokio could use the buzzard’s traits. However, he has no idea how to manifest them. He could be much faster if he had wings. Could even give Nari the slip…

Ishida again exhibits his goofiness by drawing other animals betting on who is gonna win the race. Both the owl and peacock are so confident of snake girl getting ahead. See Tokio, now this is why you need a training arc. You suck at running ever since elementary school. The Deku of Choujin X needs some lessons from All Might (Hoshi Sandek).

In my chapter 4 review article, I mentioned how Nari looks very similar to Tokio’s teacher. Both could be related I suppose. It seemed like a crazy idea to me. However, there could be some substance to it.

Ms. Bazonkas is a maths school teacher. In one of her classes, she gives an example of a plan moving at a certain speed and an observer looking at it from the ground. She’s asked Tokio how quickly the incline of the line connecting the observer and the plan would change in degrees per second. In other words, the busty math prof is referring to the speed of an object.

Likewise, the not so thicc but attractive snake girl asks “how fast can I move?” I don’t know why Tokio gave a random answer “Thirty”. He’s paying the price of not listening to his classes. That’s what you get for thinking angles and probabilities are useless in life. But then again, who am I to talk? I had similar thoughts as well. So Nari knows about snakes and Math. See the connection? Heh heheheheh. I could be wrong here as well. But it’s fun to overthink stuff. If you can’t do that in your studies, then Anime is the way to go!

She cares about money more than people. Maybe she’s living alone… far away from her parents. If Ms. Bazonkas yelled at Tokio just for not paying attention, imagine the fireworks if she knows Nari is a Choujin. C’mon man, the size of their assets implies that they’re somehow related. We’ve yet to find out but my hunch is strong.

As he ponders on his inability to run fast, Tokio recalls a sports day event during his elementary school days. Azuma is disappointed at Tokio’s running ability. Despite being stuck in last place, it was Azuma’s persistence that propelled his class to first place. Tokio clearly idolizes his friend and aspires to be like him. Or, at the very least, as successful in life as he is. The Bestial Choujin’s resolve is weak. But with the right training, things can improve.

The hidden meaning behind the chapter title

But here’s the interesting part. There’s a hidden message in this flashback. Now Ishida named Choujin X Chapter 5 as “44”. Now, why the number 44? Look at Azuma’s and Tokio’s t-shirts. It says “4-4” followed by their respective names. Again, this doesn’t seem like a coincidence. The title “44” might be a Japanese language wordplay. 4 can be read shi, so 44 would be shishi. There are several homophones pronounced shishi in Japanese and one of them is “lion”.

Vultures aren’t used to running on their legs but lions are. So this again gives a hint that Azuma might, later on, become a Lion Choujin. Some other examples of homophones are “beast hunting” and “relying on one’s teacher”. The beast hunting aspect is what’s happening in this chapter and relying on one’s teacher… hmmm… maybe it implies the need for a teacher? The possibility of witnessing an All Might and Deku like relationship increases.

We see again Tokio relying too much on Azuma for help. Azuma Azuma Azuma. Wherever he is, he thinks of Azuma. Listen kid, you better change yourself before someone ships you with him. The internet is a ruthless place. I’ve seen one individual on Reddit shipping Ely and Tokio. Bruh, one is a high schooler while the other is probably a middle schooler. You need to set your life in order.

Anyway, the flashback ends as snake girl tugs at Tokio’s shirt and proceeds to bite the heck outta him using her snake-like arms. Like a Black Mamba, her fangs are poisonous. Tokio’s legs will be paralyzed in 30 minutes, and he’ll be dead in an hour. Seeing this as a no-win situation, he cries for help. All seemed lost until we see a thick black smoke in the sky. And within the smoke is a little kid…

Yes!! Cute little Ely is back in action! Oh how much I wished for her fast return! In fact, I suspected so while reading the last chapter. Hooray for my brain! But what I didn’t expect is she appearing out of nowhere! Did she hear Tokio’s cry or sense his presence via tingly feeling? We shall soon find out I suppose…

We’ve never seen her fly like that before. Hoshi Sandek must be training her. She’s improved on her control over the power but her accuracy is off. She struggles to maintain balance, hence she started rolling about. But she did manage to stop herself in style. Look at that position. She’s so cute. I missed her so much! (Why do I hear police sirens outside my house?)

Another interesting thing to note is that both Tokio and Ely said “a person?” while looking at each other. That means they consider each other as human beings and not Choujins.

Our main characters’ human side is too strong to make them forget their past emotions. This will undoubtedly help them relate to one another. Bonding over the “we face the same problem” scenario. But Tokio’s running out of time. Yes, I doubt Ishida would kill him off here but who will save him? I reckon Ely’s savior might be of some help.

I felt Choujin X Chapter 5 was similar to its preceding chapter. Short, but packed with a lot of useful insights. This meeting between the main casts will be a crucial one.

It’s pretty difficult for them to beat Nari, even if they team up. Ely is still not accustomed to using her power and Tokio has no idea how to use his. The best they can hope for is to get away from there. Ely can take Tokio and get him to meet Hoshi. Both of them might join the Choujin protection squad and learn the ways of a Choujin. This could be Tokio’s big break because it’d give him the best chance to adapt to new situations. Slowly, he can transform his negative characteristics into positive ones.

Unless he gets a transformation, Azuma might become a side character, helping the gang with his strength and keen intellect. I think he’d love to meet Hoshi, a Choujin who is completely different from the monsters he thought they’d be.

These back-to-back chapter drops have been quite enthralling. I hope Ishida takes his time to think through and gives us the best of his abilities. Can’t wait for Chapter 6!

So what do you think of Choujin X Chapter 5? Let me know in the comments below! 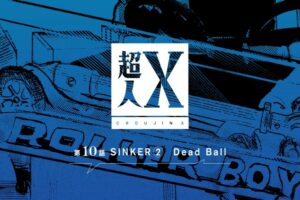 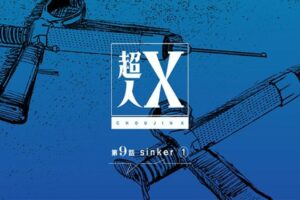 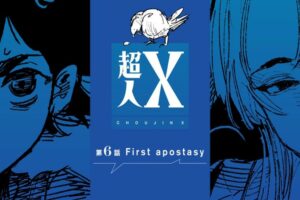 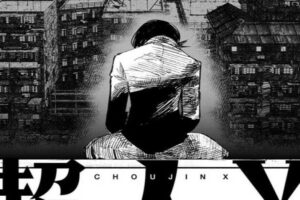