Looking At How Noelle Getting Undine Was Always Foreshadowed

We analyze the instances in Black Clover that might serve as foreshadowing to Noelle getting Undine, the Water Spirit, in the recent chapters. 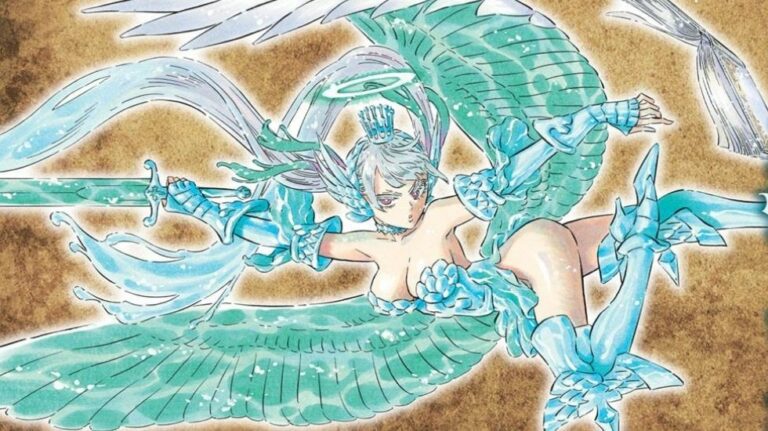 Black Clover brought some INTERESTING developments in the newest chapters. We knew that the Spade Kingdom arc was going to bring out surprises, but some of them genuinely left us hyped! The epic arrival of the supporting party to Noelle becoming the host for Undine are just a couple of these.

Chotto matte, why are you surprised in the slightest that I got Undine? Watashi wa ozokuyo! It is natural! If a peasant like Magna can grow strong, it is a cakewalk for me; you get it? How could you not think that Noelle of the House SIlva can achieve something so puny? This is what staying for so long with Bakasta does to you!

…well, that is what Noelle has to say to you. To some, the Noelle-Undine situation probably felt like it came out of nowhere. But, in fact, the story had been foreshadowing the same for quite some time. Before our Noelle-chan gets any angrier, let’s dive right into it!

Foreshadowing to the Noelle becoming the host for Undine

There were hints sprinkled throughout the story that you might have missed. Of course, some of these may be by-products of the benefit of hindsight. But, let’s go through them anyway:

We know that Noelle was bubbling (pun intended) with a vast amount of mana from her first appearance itself. In fact, she perhaps possesses the potential to harness her mana to equal (and even surpass) her brother, Nozel. Although she could not control it in the beginning, her latent power was no joke. Poor Asta had a taste of that first hand at all times.

Jokes aside, Noelle’s water magic was a key in the Black Bulls’ mission at the Seabed Temple. Granted, she had to practice rigorously to muster the courage to carry all her squad across the barriers. But, we got another extraordinary foreshadow of the true strength of Noelle’s magic.

The temple people began referring to Noelle as a “Sea Goddess” after seeing her power in action. And rightly so, because Noelle seemed like she was at home fighting in the water territory. Her Sea Dragon attack against Vetto indeed took our breath away.

It is like the people of the temple saw a glimpse into Noelle’s future because calling someone a goddess for nothing was quite weird. Even Yami acknowledged that Noelle had finally “showed up.” Add that to the visions Noelle had of her mother in the arc and Kahono’s faith in Noelle, and you get a well-rounded hint to Noelle’s true power.

By the time we saw Noelle’s remarkable affinity for water magic, we had already known about Spirits. Yuno was already the host of Sephyr, and so, Noelle’s power fell in line with the fandom’s speculation of the existence of other natural elements spirits. The connection between water magic and a water spirit was too hard to ignore.

When we talk of her mother, there is no doubt that Black Clover has sewn her traces into Noelle’s life in depth. The once-strongest knight has left more than just appearance as similarity in Noelle. And we are not the ones saying it; it is Nozel and Mereoleona.

Nozel’s cold behavior towards Noelle was rooted in his wish to protect Noelle after Acier’s death. As she grows, she becomes more and more similar to her mother, and Nozel’s fear comes to fruition. However, his acknowledgment of Noelle’s status was a significant moment for her character. It meant that Noelle had the potential to reach Acier’s level with her powers. It also meant an unavoidable clash with Megicula that Nozel wanted to aver. And we already know the mother and daughter are similar in fighting styles and attacks too. *Megicula and Vanica excited noises?*

We can’t mention strong women without mentioning Mereleona Vermillion. The fiery (literally) ane-ue is a force to be reckoned with, but she is equally kind at heart. She was a dear friend of Acier’s, despite Acier being the only mage to defeat her. It was a pleasant surprise to hear Mereo talk fondly of Acier, and even more pleasing was to hear her comments on Noelle.

Mereoleona also saw traces of Acier in Noelle. Her faith in Noelle was absolute, and we know that she is not one to twist words or facts. So, when Mereleona herself says she sees potential in you, you don’t deny it. AT ALL. Noelle was the daughter of the strongest magic knight, and Nozel and Mereoleona’s nod to her similarities was another foreshadow.

The above two instances prove that Noelle was about to achieve something to tip the scales of power in her favor. And with the introduction of spirits and a preceding example of Yuno, we had an inkling that she just might become a host for the water spirit. Noelle’s expedition to the Heart Kingdom attested it further.

The Three Musketeers of Clover Kingdom?

Let’s talk about the three saviors now, shall we? Black Clover was building the Spade Kingdom arc in a manner to have a 3-vs-3 showdown. If the Spade Kingdom has the Dark Triad, the Clover Kingdom has Asta, Yuno, and Noelle. The story behind all the rivalries was built really well and gave depth to this arc.

But, let’s talk about our three favorite magic knights. Yuno was (technically) the first to get a sort of familiar as the Wind Spirit that made him even more powerful than Langris. And like always, Asta wasn’t far behind. Even though he already was using Anti-Magic, he desperately needed a contract with Liebe. He successfully formed it as well; too bad it took an entire Yami Sukehiro for that to happen T_T.

As far as we have seen, Asta, Yuno, and Noelle are always at par with each other. If one of them gets a boost, we can expect the others to grow too. So, it was a huge hint when Undine was introduced as the Water Spirit in the story. Noelle’s affinity for Water Magic was clear as day, as we already saw before.

It was about time for Noelle to realize the power of her magic or for a certain spirit to do that. We wonder if even Lolopechika had an inkling of Noelle’s compatibility with Undine. By becoming a host for Undine, the “Light” triad of the Clover Kingdom is complete. They are at their peak forms (for now), and we can’t wait to see how they grow from here.

These were all hints we could pick up from the story for the present relationship of Noelle and Undine. Had you also noticed them and predicted this development? Or were you surprised? Let us know in the comments! 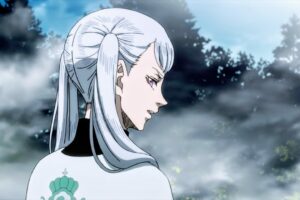