Fans speculate this leaked information might be indicating the adaptation of the part of the manga which occurs after the Mugen Train movie that remains to be covered. 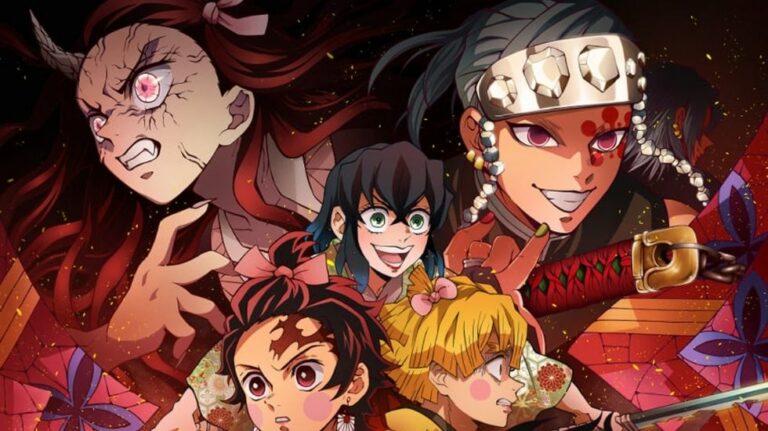 Leaks on the Internet revealed today, the most anticipated Fall 2021 series Demon Slayer: Kimetsu no Yaiba Season 2 will release on Japanese Tv in two cours. The first cour will constitute the Mugen Train Arc containing a total of 12 episodes.

Not many plot details are available officially; other than the confirmation of a season 2. While the Demon Slayer season 2 trailer mostly features familiar faces, it also has a mysterious woman who may play the season’s major villain. As the key visual depicts the main attraction of the second season of the Demon Slayer series will be the Red-light district arc.

According to a previous leak, an animation studio official revealed that Fuji TV has won the rights to broadcast Demon Slayer: Kimetsu no Yaiba Season 2 from this October. As of now, a local station TOKYO MX has broadcasted the first season of Demon Slayer in Japan.

The decision to air the anime series on Fuji Tv was already in place for a long time. But it never fully got a green light. From October 2020, Fuji Tv started airing the series as a “special show” on Saturdays at 9 pm after “Mugen Train’s” success. This hit an audience rate of 15% which is a low margin to stay among the five big stations. So, Fuji Tv is going to air the upcoming season of the high-profile series to increase its audience rating.