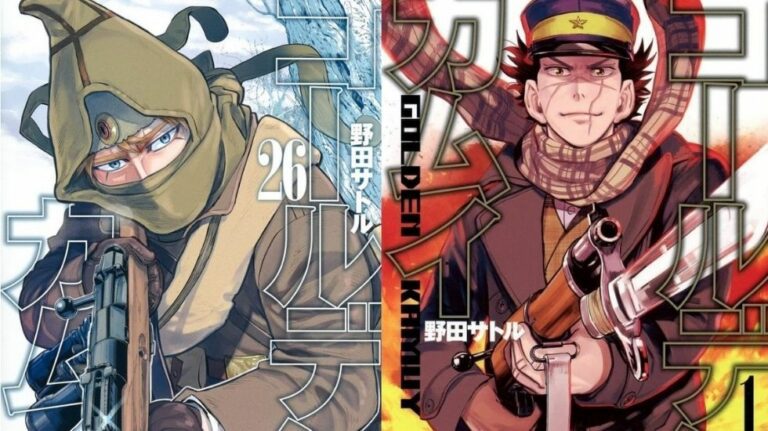 On 27th July, Satoru Noda, the author of the 7 years long running series “Golden Kamuy,”, announced the manga will enter its final arc in the 35th issue of Shueisha’s Young Jump magazine on Thursday.

According to the comment Noda thanked his fans for all the support and confirmed that the manga has reached its climax and is heading toward the final chapter. He will finish the series “with all his might”.

Although the author did not reveal exactly how many chapters remain as the historical adventure manga entered its climax in May. But the author was on hiatus in June, and it will return from the hiatus this Thursday.

In addition, the 35th issue will have a center color page in the weekly Young Jump. Furthermore, every chapter of the manga will be available for free on the Yanjan! app and Tonari no Young Jump manga website from Thursday until September 17.

Viz Media is releasing the manga in English, and it describes the first volume:

In the early twentieth century, Russo-Japanese War veteran Saichi “Immortal” Sugimoto scratches out a meager existence during the postwar gold rush in the wilderness of Hokkaido. When he stumbles across a map to a fortune in hidden Ainu gold, he sets off on a treacherous quest to find it. But Sugimoto is not the only interested party, and everyone who knows about the gold will kill to possess it! Faced with the harsh conditions of the northern wilderness, ruthless criminals and rogue Japanese soldiers, Sugimoto will need all his skills and luck—and the help of an Ainu girl named Asirpa—to survive.