Everything We Know About Maximum Techniques In Jujutsu Kaisen

Maximum Techniques are a small but important part of Cursed Techniques in Jujutsu Kaisen. Keep reading to know all about them from the story! 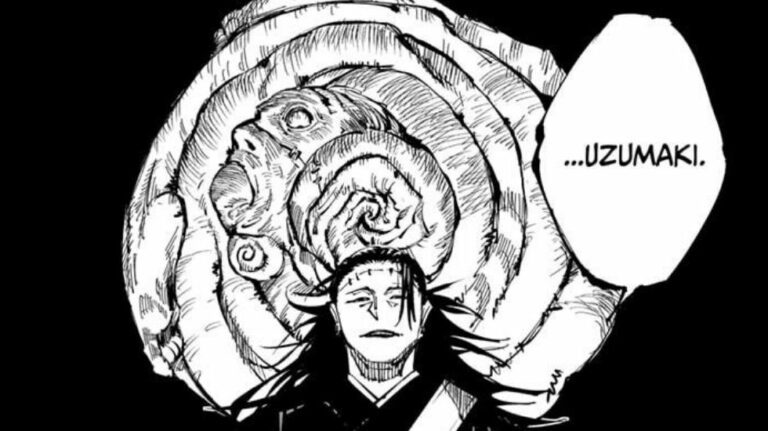 Cursed techniques are the greatest weapon of jujutsu sorcerers. We, of course, know that much. But, even behind easy-looking cursed techniques lie hard work and efforts of the shamans to grow. Shamans can achieve greater things with their techniques as they grow.

Actually, we have witnessed one of these ‘arts’ before – the domain expansion. As intricate as domain expansion is, we still have more techniques to look forward to. Following that, ‘maximum techniques’ is a term we heard thrown around. However, we still forget what they are and where did people use them. Well, well. No need to rack your memory up for that anymore; just keep reading this article!

What are Maximum Techniques?

Maximum Techniques are the highest application of cursed techniques. They are the perfect form of a shaman’s technique outside a domain expansion. We can find the prefix “Maximum” or Goku no Ban (極ノ番) in the names of these techniques.

However, the rare appearance of Maximum Techniques suggests that they are challenging to execute. So, it makes sense that only a few sorcerers or cursed spirits can use them. It is also possible that shamans can use it after much practice. It is interesting to keep in mind who all have used their Maximum Techniques with such difficulty behind them.

As said before, there are only a handful of instances where we saw Maximum Techniques at play. Some of the names on this list are a surprise, truth be told. But let’s go through them anyway!

Kechizu and Eso used their Maximum Techniques against Itadori and Nobara. Eso can use Maximum: Wing King of his Rot Technique. It unleashes lines of blood that can corrode the opponent when hit. Not only is it a fast offense, but it also helps Eso in increasing his maneuverability.

As for Kechizu, he can use Maximum: Rot Decay. This technique gives his blood the power to decompose his opponents’ body. His blood can also infect the opponents with Decay on activation. What comes as a shocker is that despite both of his brothers having Maximum Techniques, Choso still hasn’t shown his Maximum.

Next is Jogo, our favorite Mt. Fuji. If you’re thinking what a puny curse he is, you’re very wrong. It’s unfortunate that Jogo just had to face the strongest curse and the strongest shaman. They both toyed with him to no end, eventually making us forget that Jogo is of 8-9 Sukuna’s fingers equivalent.

Showing his unseen power off, Jogo used his Maximum Technique: Meteor in the Shibuya arc against Sukuna. It allows him to summon a meteor to hit his opponent. Talk about fetching stars, huh?

You probably guessed the last addition to this list, Geto Suguru (and Kenjaku?). The only shaman on this list and also the only one who managed to show us this technique twice. Thinking about it, Maximum Techniques really seem like the death flag, whew. *cries in Jujutsu Kaisen Volume 0*

Geto’s Curse Manipulation has the unique Maximum: Uzumaki. We saw this technique in Jujutsu Kaisen 0 and the Shibuya Incident. It condenses cursed energy from all the curses Geto has ingested into a single attack. When Maximum: Uzumaki is used on higher-grade curses, it can extract techniques too.

Now that our list is complete, you might be wondering why there are no Nanami and Gojo here. They both used Maximum Techniques, right? Let’s talk about Nanami first! Nanami used his Collapse technique against Mahito in their first fight. It is pretty cool because, using it, Nanami applies the Ratio Technique to a wide area and not just his target. However, this is not a Maximum Technique. Collapse is simply an extension technique because of Nanami’s binding vow of overtime.

So, with that clear, it is time to talk about Gojo’s technique.

There is, however, a lot of confusion about a specific attack by Gojo in the Hidden Inventory arc. In his fight against Toji, Gojo used the Blue form of his Limitless. The problem here lies in translation because some of them called this attack “Maximum Blue: Azure Glow.”

However, the Japanese for this attack is 術式順転出力最大 and can be translated to Maximum Technique Forward Output: Blue. Another translation for the same is Maximum Cursed Energy Output: Blue. This attack simply means that Gojo is converging the maximum amount of cursed energy he can into the Blue form.

In short, we don’t know yet. Gojo has never had to go to the lengths of using his Maximum Technique against any opponent. Now rest in a damn box, you baka. But, we can assume that with a final showdown between Sukuna and Gojo, we will finally see both of their Maximum Techniques.

Even without Maximum, Gojo’s attacks are insanely powerful – so we cannot even begin to imagine what lies in the perfect application of this deadly technique. And the same goes for Sukuna. The strongest cursed spirit has shown a variety of attacks (what WAS that fire at Shibuya anyway?) but not his Maximum. We can only wait and hope to see what these two will put across in their fight at the end!

As the story progresses, hopefully, we will come to know more about Maximum Techniques. Keep an eye out for this space for updates! Let us know what you think about Gojo’s Maximum Technique in the comment section. Until next time!