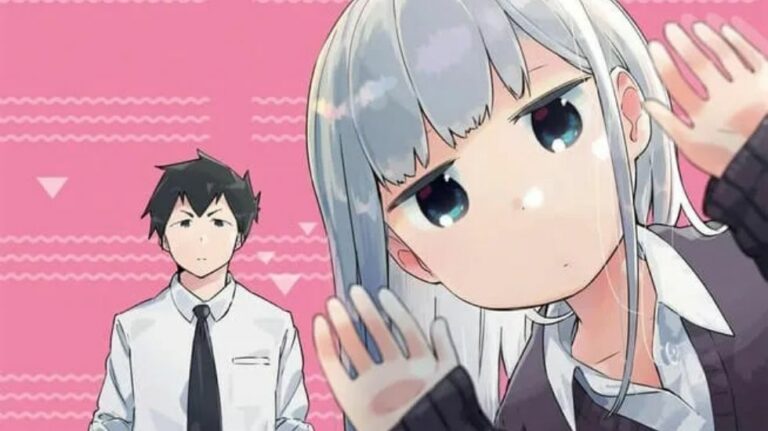 A sudden burst of rumors spread on the internet that “Aharen-san wa Hakarenai” will get its first anime adaptation as author MIZU Asato tweets to reveal a big announcement on August 1, 2021. The Internet stated that the domain “aharen-pr.com” was purchased. A Twitter account for “Aharen Is Indecipherable” has also been created with the name @aharen_pr.

MAL describes the premise of the manga as follows:

Reina Aharen, a small and cute student with a quiet voice, is quite bad at determining distance and personal space. Sometimes she’s inches away from your face, and at other times, miles too far! The only one who tries to understand her antics is Raidou Matsuboshi, who is seated beside her in class. He has a menacing face, but in reality, he is a kind boy with an imagination that can run wild at times.

“Aharen-san wa Hakarenai” follows the peculiar pair as their odd friendship starts to blossom when Raidou picks up Aharen’s eraser for her. She misinterprets his gesture and now believes them to be best friends, showing how the simplest of things can prove to be the most complicated of challenges for them.

Previously, Shueisha’s Shonen Jump+  released a teaser for the anime series along with the TV anime announcement. The 1min video gives a first look into characters who will play an important role in the series.

The romantic comedy manga series has been green-lit for an April 2022 premiere.

Other cast members are:

Yasutaka Yamamoto (Servant × Service, Valkyria Chronicles) is serving as chief director, and Tomoe Makino (Woodpecker Detective’s Office) is directing the anime at Felix Film. Takao Yoshioka is in charge of the series scripts, and Yūko Yahiro is designing the characters. Satoru Kousaki and Monaca are composing the music.

FelixFilm will adapt the series. The Chinese streaming service bilibili is presenting the project.

From the author of Denkigai no Honya-san and Dansai Joshi, MIZU Asato comes a short-length comedy about Raidou and his seatmate Aharen-san, who has problems determining how chummy she has to be when approaching other people. It has been serialized from January 2017 in Shonen Jump+.